Activist Check-in: Nice to meet you. How have you been?

It’s been a few months since our last check-in, and so much has been going on! First, let me start off by introducing myself: I’m Tanique. I recently joined Citizen Action as a communications manager, located in Albany. If I may be honest, it’s been a slightly overwhelming transition for me, but extremely rewarding. It’s a blessing to work with this team, and I look forward to growing more into my role here. I’ll be checking in with you about once a week. Now, let’s get you caught up on some of what’s been happening, in case you missed it:

Governor Andrew Cuomo presented his budget and legislative priorities for 2020 during his State of the State Address on January 8 – the first day of the Legislative Session. Citizen Action is calling on the Governor to #TaxTheRich and invest in our communities. Read our response here.

New York’s new pretrial laws have been under attack by State Senate Republicans and others who’ve been using fear-mongering tactics and alarmism in an attempt to roll back our hard-fought progress on bail reform. Most of the law’s critics are the same ones who helped feed the system of mass incarceration in the first place. We’ve been fighting to protect the integrity of the pretrial laws. Read our hard-hitting responses here.

Advocates, tenants, community members and legislators from around the state rallied on the Million Dollar Staircase on January 9 to demand housing as a human right in New York. 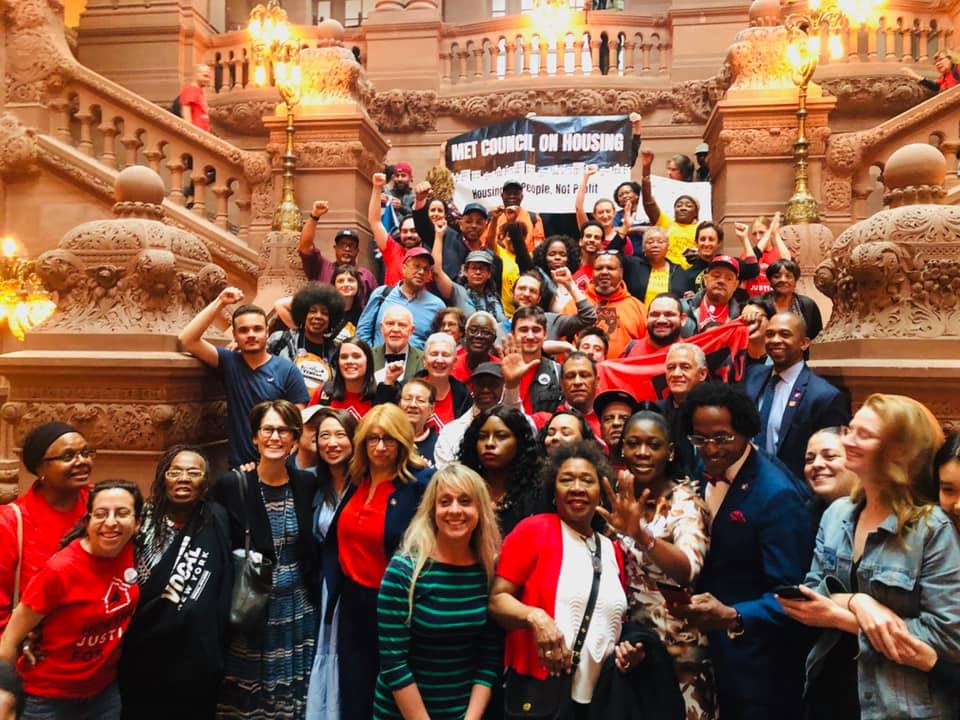 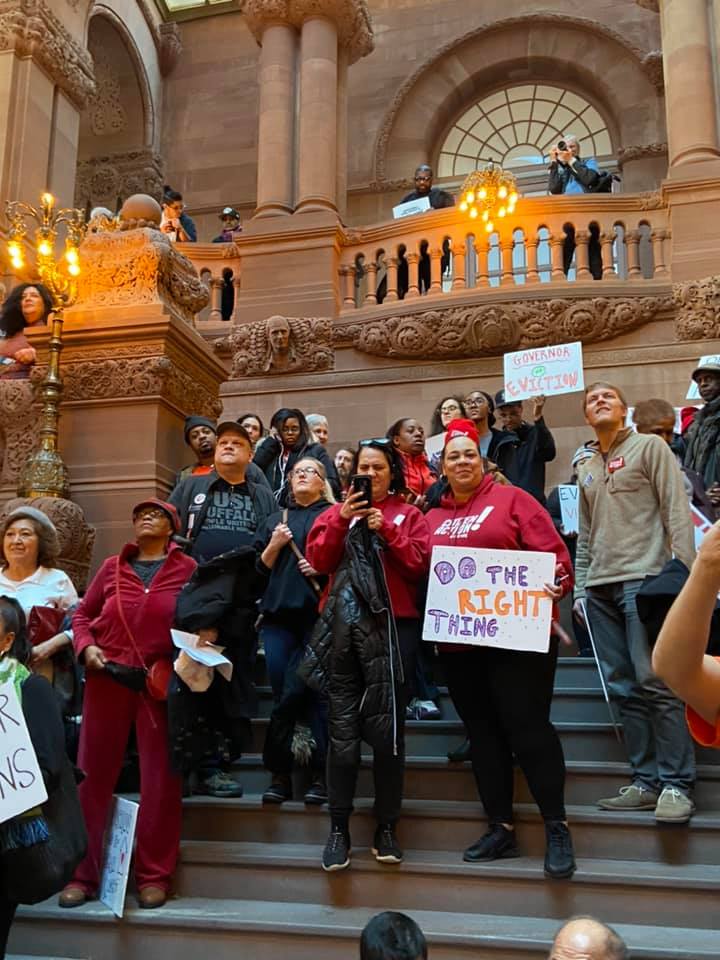 Congratulations are officially in order for our Hudson Valley chapter members, who played a big role in making Citizen Action endorsed candidate, Dave Clegg, Ulster County’s new district attorney! The results from a recount of 50,000 votes from the fall election were just released, confirming Clegg’s win. He’s the first Democratic District Attorney Ulster voters have elected in recent history, and he believes in restorative justice, not punitive sentences. 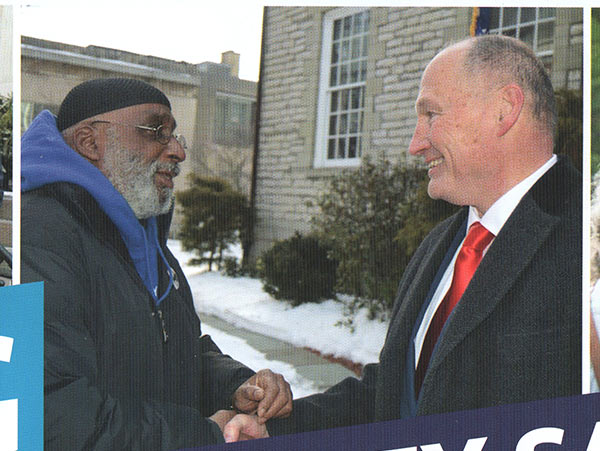 We weren’t even one full week into the new year and our country almost entered an all-out war with Iran, thanks to Trump. Our Central NY and Southern Tier chapters participated in rallies to call for peace in the Middle East in solidarity with the hundreds of other protests that took place in communities nationwide. Our classrooms and communities need resources – no more money should be spent on unnecessary violence. 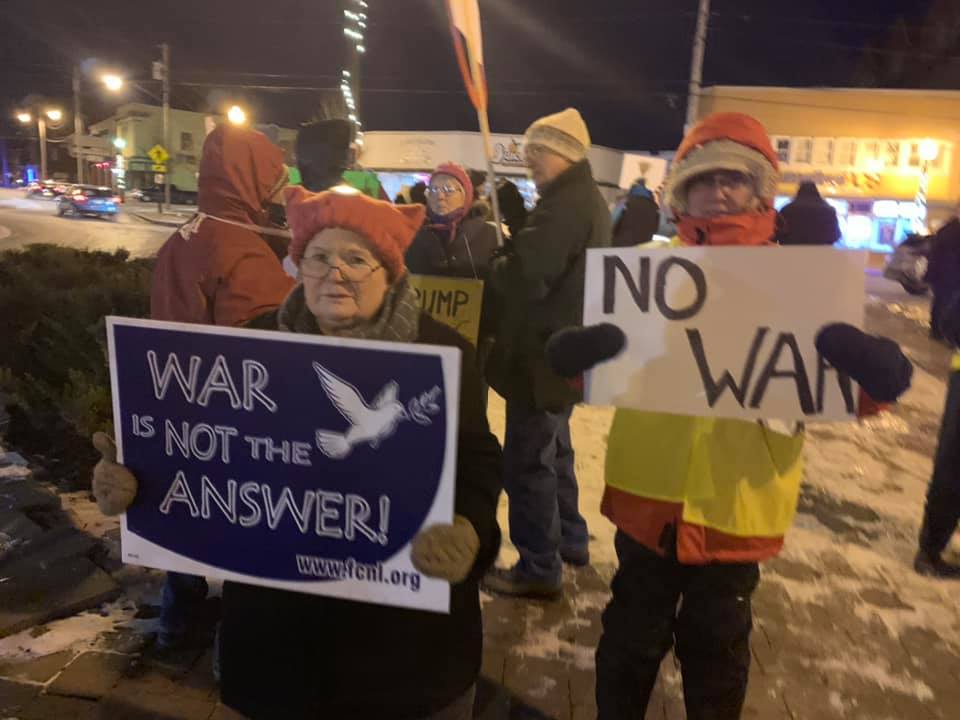 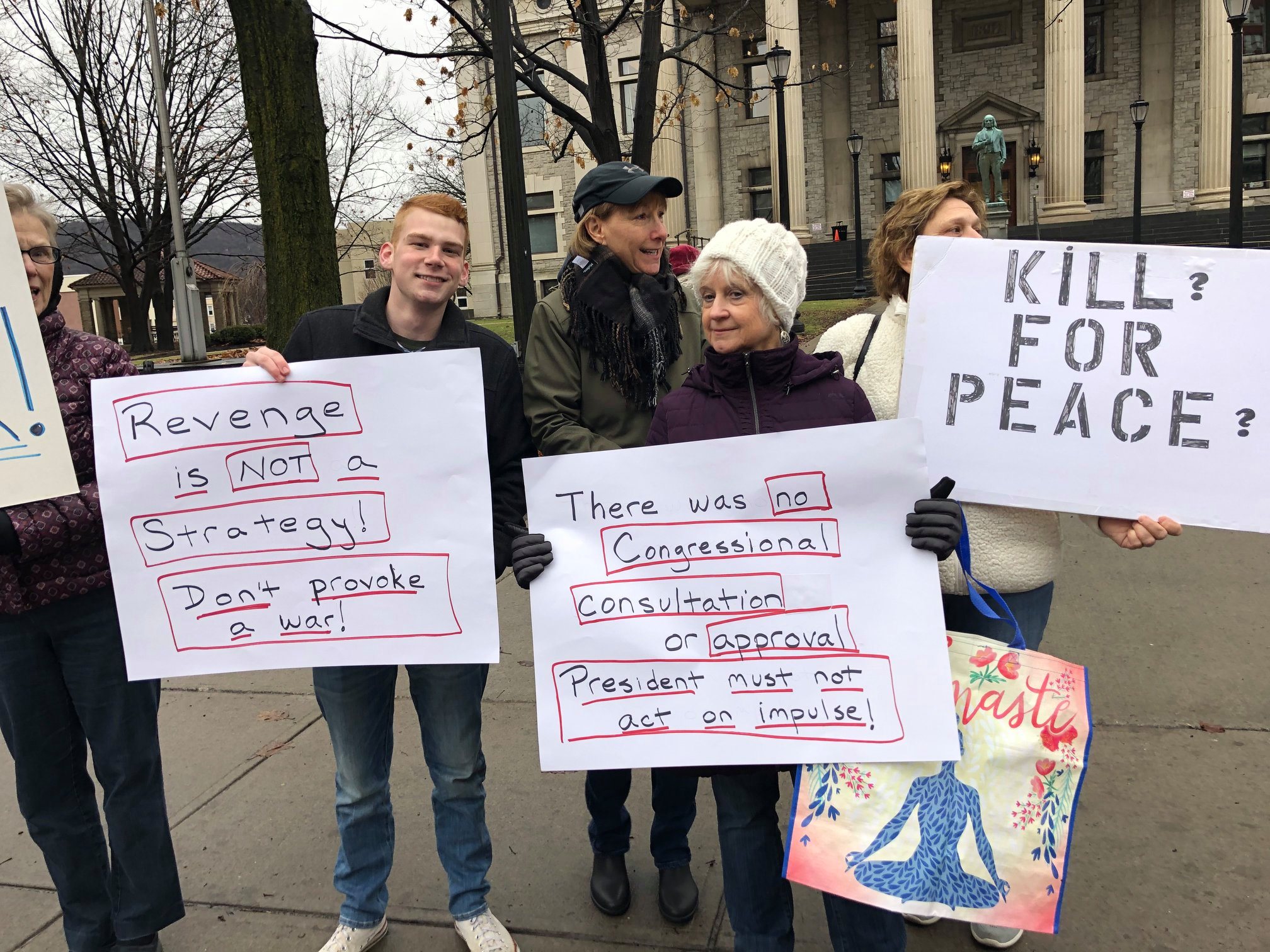 Drop-in Rally for #NoCashBail in Buffalo 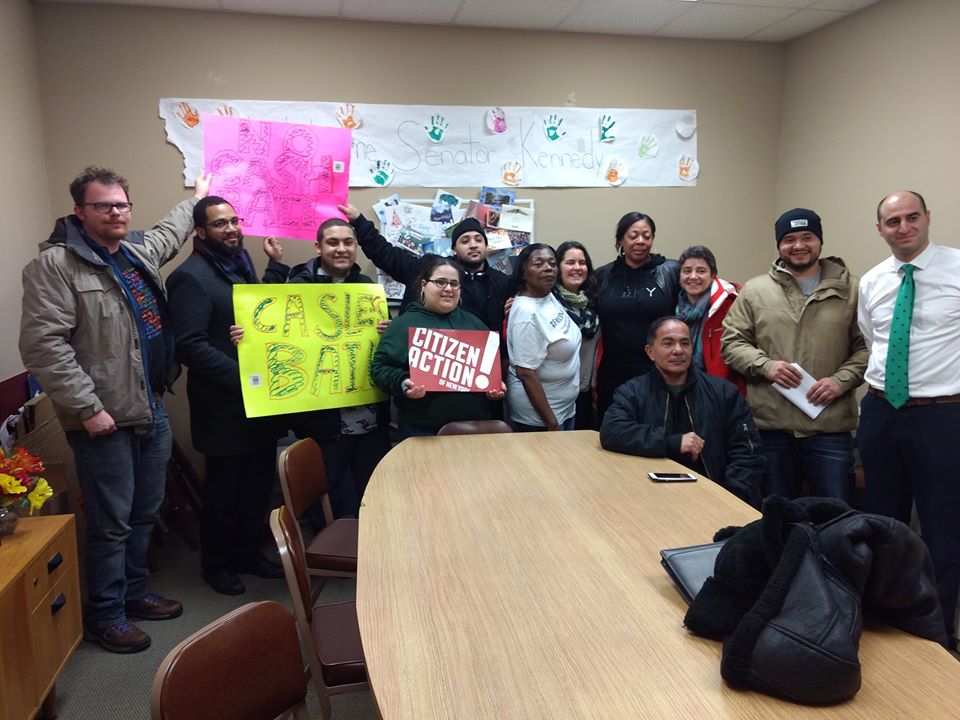 New York State owes Kingston students more than $12 million in education aid. OurHudson Valley chapter hosted “Don’t Scrooge Our Schools,” a free, post-holiday dinner and gathering for the community to discuss the issues facing Kingston’s schools, voice their frustrations and strategize solutions to call on the state to fully fund schools and end the school-to-prison pipeline. Watch Radio Kingston’s coverage of the event on Facebook.

– Speaking of our schools, we’re so happy to have youth leaders like 12-year-old Aemani Barton be part of the Citizen Action Youth Collaborative in Utica. 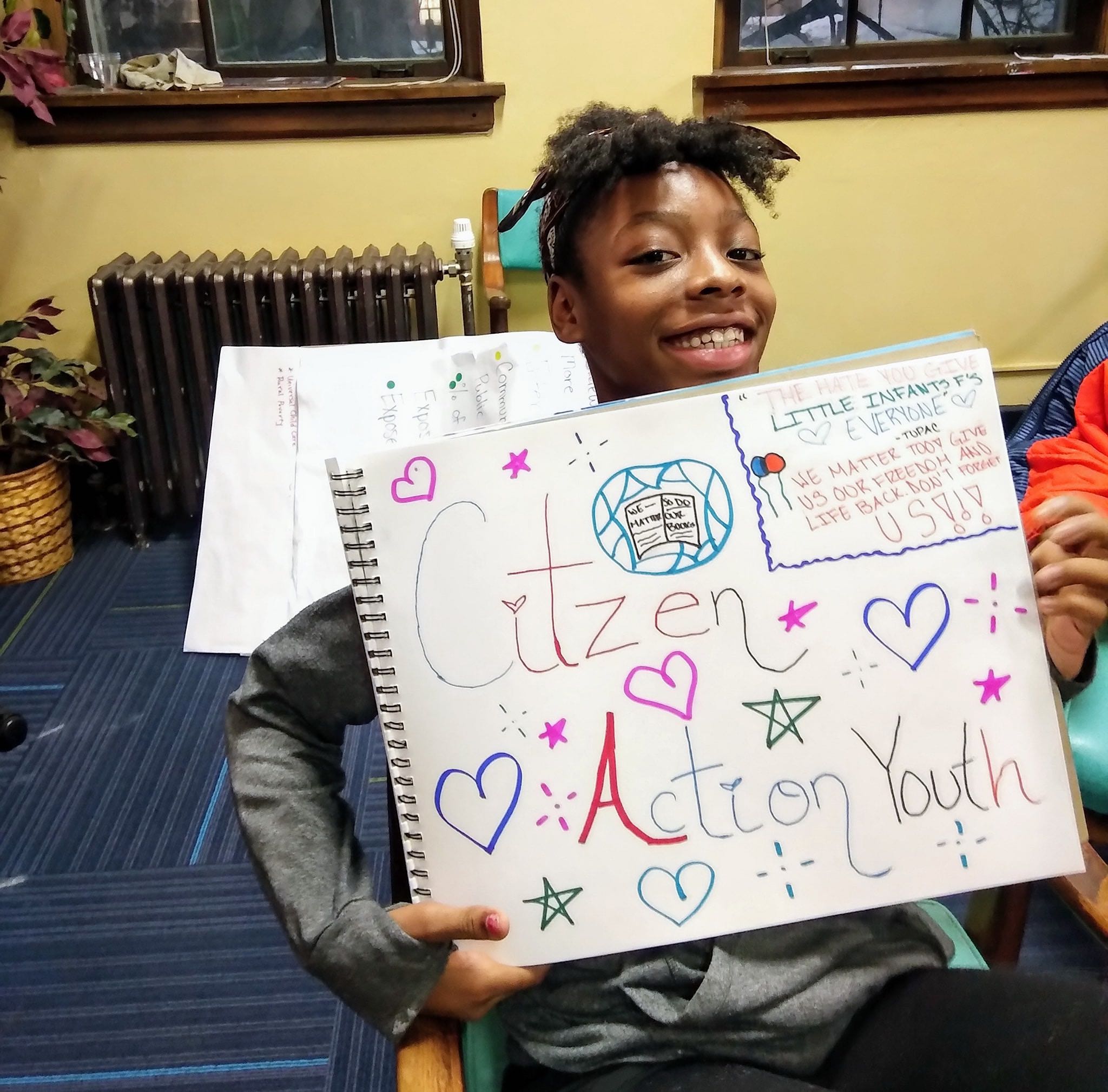 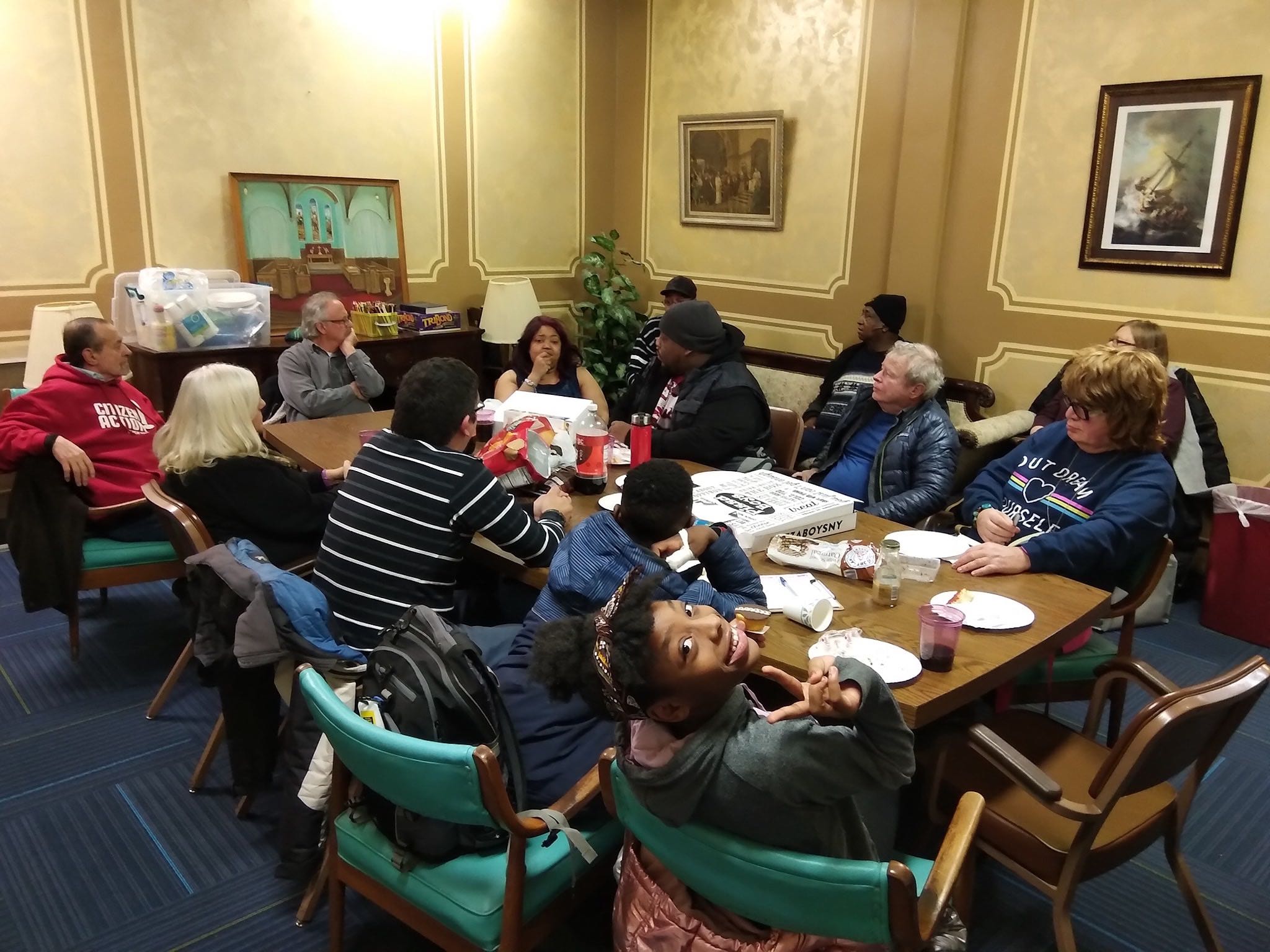 “They started coming to our meetings with their parents. In the beginning, they would sit in the back of the room, play or be on their tablets. But as they realized we were talking about things that directly affect them, they started participating more in the conversations, and then decided to self-organize and do outreach to other students around issues that deeply impact them directly.” – Kristina Andreotta, Citizen Action Regional Director

On January 3, we joined our coalition partners to call on Governor Cuomo to release people suffering from harsh prison sentences, including the elderly, survivors of abuse and people who have been successfully rehabilitated. Thousands of New Yorkers have applied for clemency in New York, but are routinely denied a second chance despite having paid their debt to society. Jamaica Miles, our State Organizing and Training Director, emceed the event, which took place outside of the Governor’s Mansion. 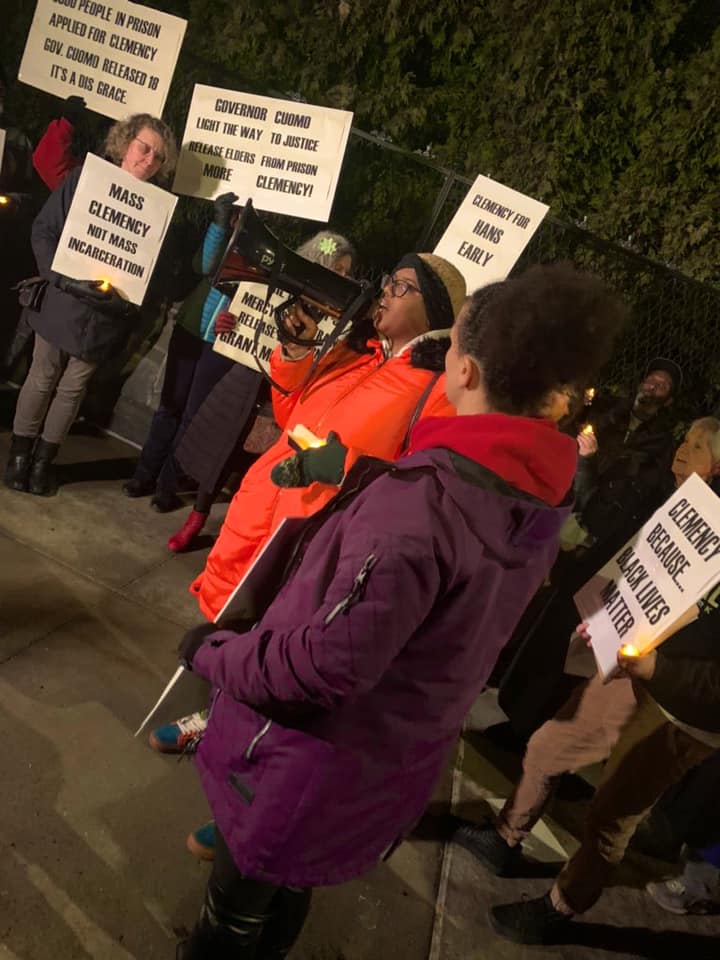 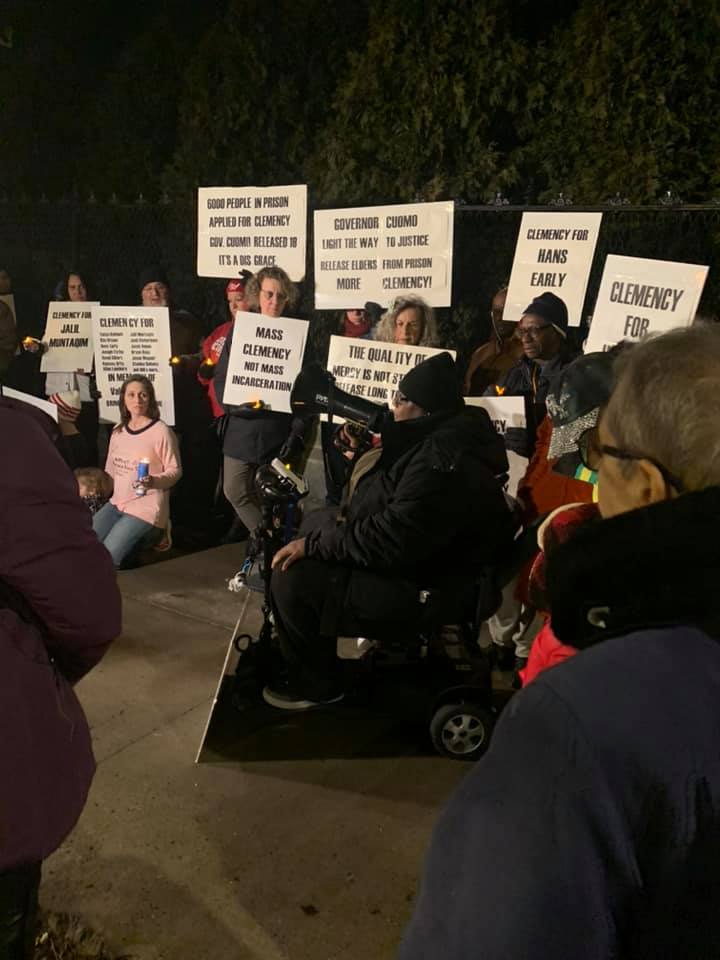 In December, our New York City chapter held a forum to educate the community about the platforms of the candidates running for Queens Borough President. Tanzania Hughie, the chapter’s member leader and site director at the Varsity Boys & Girls Club in Queens, served as the event’s host and moderator. Tanzania has spent most of her time volunteering on the Fair Elections campaign. 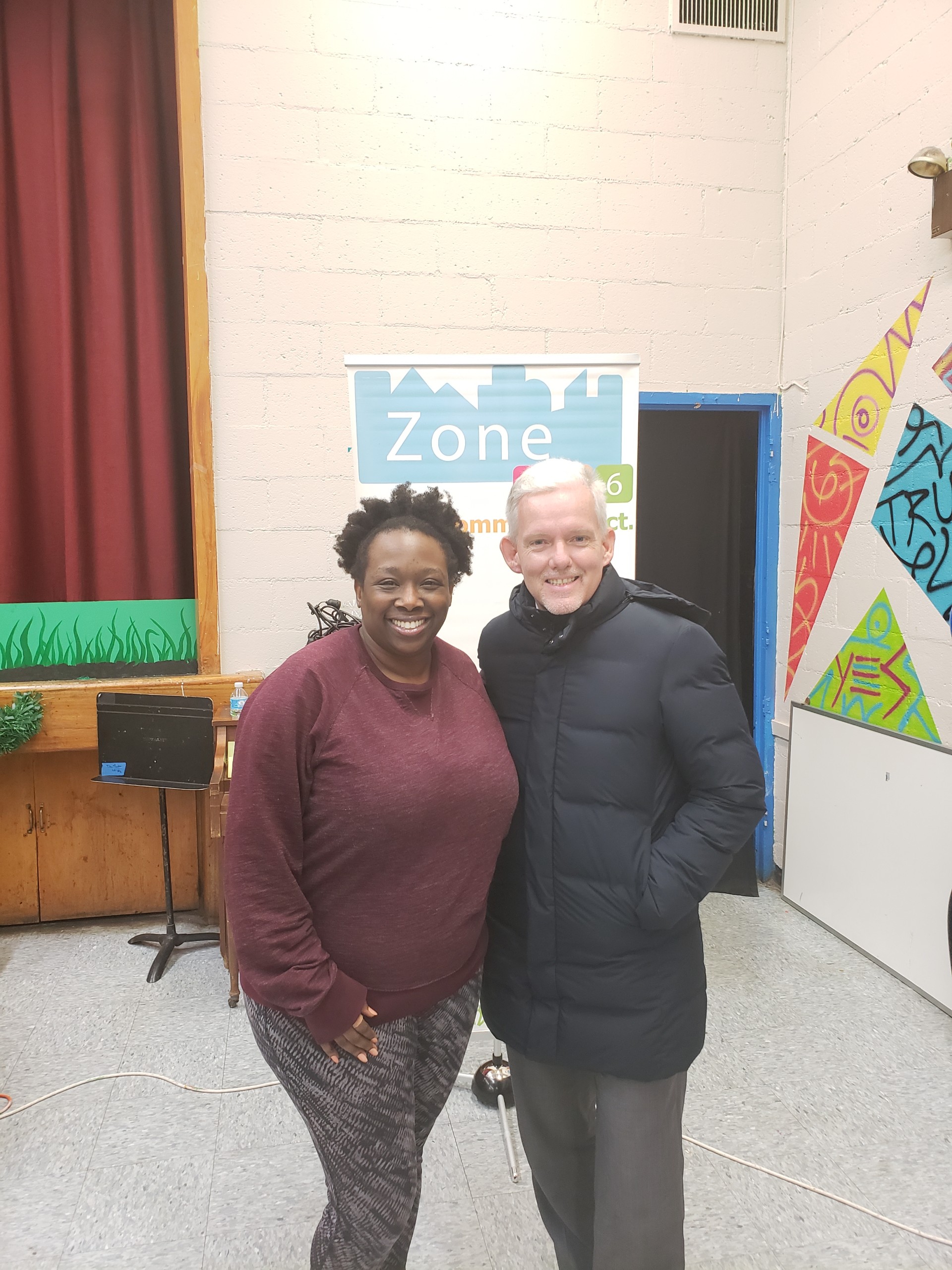 Binghamton – Wednesday, January 15 at 8:30 a.m. through January 29 – Broome County Court Watch 2020 – On January 1, New York State implemented sweeping reforms eliminating cash bail for low-level offenses. We need to be in the courts to hold all accountable and assure the new laws are fully and justly implemented. RSVP on Facebook. #DemandJusticeBC

Rochester – Tuesday, January 14 at 6:15 a.m. (buses depart at 6:30 a.m.) #FundOurSchools Lobby Day in Albany – During the holiday season, hundreds of Rochester City School District teachers were laid off to fill the district’s budget gaps. Join us and the Alliance for Quality Education for a rally in Albany to demand the $86 million Governor Cuomo owes our students in Foundation Aid. Breakfast and lunch will be provided. RSVP on Action Network.

January 14 – Buses will also be leaving from Rochester, Buffalo, Syracuse and NYC heading to Albany for the New York Poor People’s Campaign’s Health Care and Housing Day of Action.RSVP on Action Network.

That was a lot, and it only scratches the surface of everything that’s been going on with Citizen Action. Please be on the look-out for upcoming up events and actions in your area as we continue to build power in our communities to fight for a New York that works for all of us. And remember,