There’s a lot going on legislatively at the Capitol in Albany. Its doors are shuttered to visitors, but we’re STILL making our voices heard through virtual lobby visits, in-person actions like the Invest In Our New York statewide rallies this week led by our allies at VOCAL-NY (because there is always strength in numbers), and written pieces like op-eds and letters to editors. When it comes to fairness, the Governor harps on what the federal government owes New York, but what about the billions of dollars owed to New York’s public school children? Cuomo seems disinterested in “fairness” when it comes to fully funding our public schools and helping low-income tenants.

New York is projected to receive at least $50 billion in the next federal Covid-19 relief package, “with $12.3 billion set aside for education and schools in New York, and $3.1 billion for Medicaid programs.” This federal aid is a bandaid and won’t address the chronic underfunding that already existed before the pandemic. We must keep up the pressure to pass the Invest in Our New York Act. That’s the best solution to get us through this crisis. 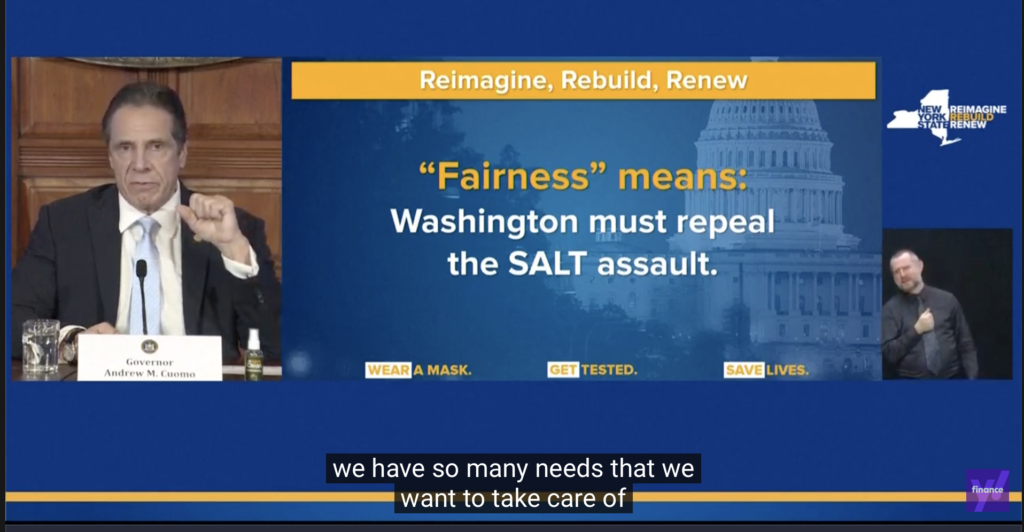 Our New York City chapter announced its first slate of ranked choice endorsements for New York City Council! The chapter has been working tirelessly to interview candidates. (Shout out to Jason Salmon, our regional director in NYC and the election committee). Pierina Sanchez is the runner up in the Bronx’s 14th City Council district. Adolfo Abreu is the chapter’s second choice for the seat. In Brooklyn, Citizen Action is backing Shahana Hanif as its first choice to represent District 39, and Brandon West as its second. Click here to read more in our press release. Check out Shahana’s tweet here and Pierina’s here. We’ll be announcing more endorsements in the coming weeks, so be on the lookout for that! You can check out our full list of enforcements here. 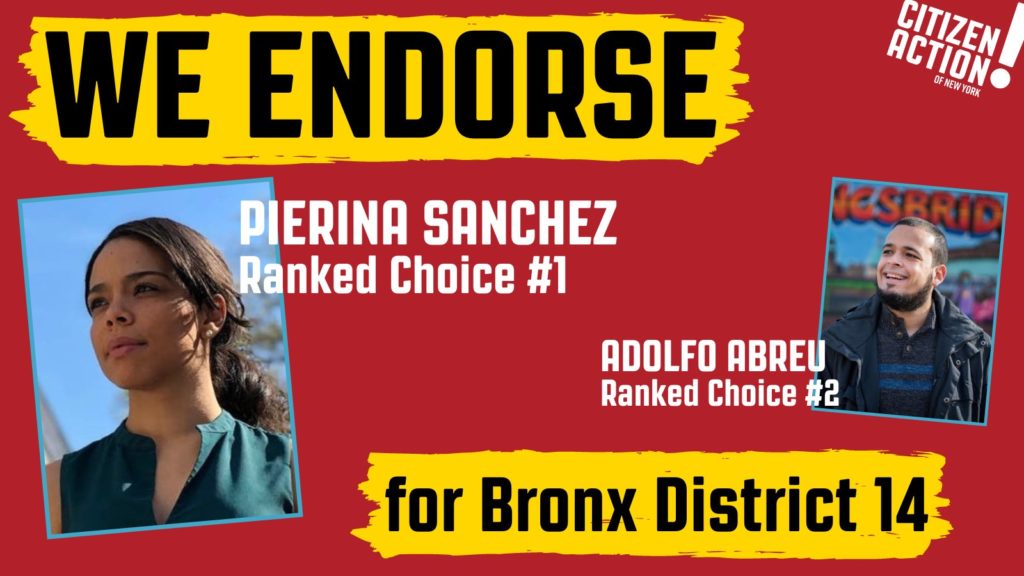 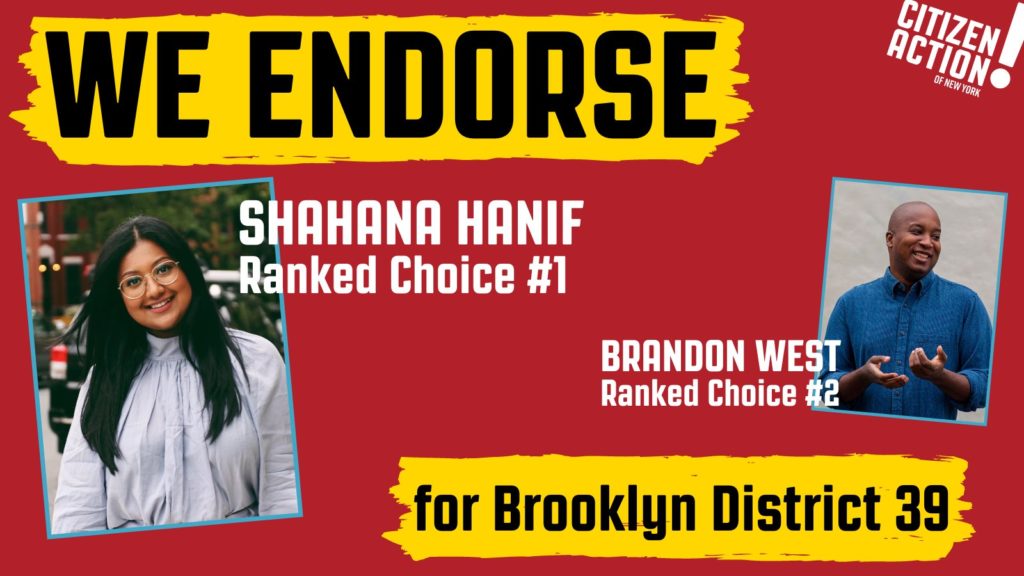 Our Capital Region chapter held its 10th annual Open House on Wednesday, February 10! The chapter dedicated a portion of the open house to acknowledge the contributions of retiring board member, Anita Thayer, who’s been with Citizen Action for close to twenty years in the Capital District, serving as chair of the chapter’s board until 2020. The event was hosted by Capital Region community organizers Gabe Silva and Kieran Cooper and Citizen Action President Ivette Alfonso. Albany County Legislator Sam Fien joined and discussed his plans for fare-free transit in the region, and Poet Danielle Colin delivered beautiful spoken word poems. The Open House was the perfect opportunity to learn about the chapter’s work over the past year. If you missed the Open House and want to watch the event, click here. 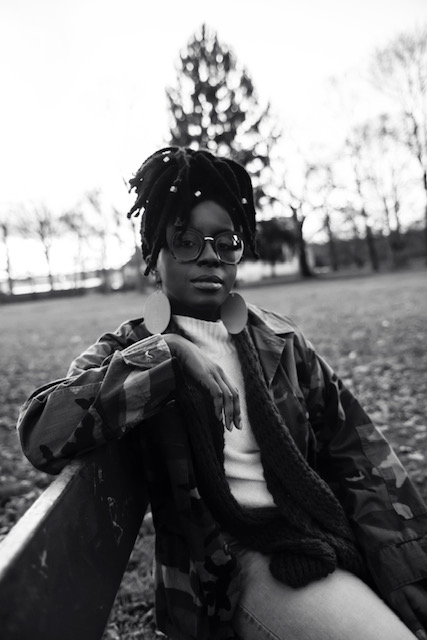 On Thursday, February 11, Citizen Action held its statewide housing town hall! Activists and regional chapter leaders joined to discuss New York’s on-going housing crisis. The virtual Housing Solutions Town Hall provided a space for residents of New York to hear and share stories about the impacts of lead exposure and get involved in our new statewide campaign to end lead poisoning, as well as review Good Cause legislation to end unjust evictions and discuss the need for just and comprehensive housing reform. During the town hall, there was time carved out for everyone to make a quick call to Governor Cuomo and their state legislators at cit.ac/housingcalls. After the call, there were regional breakout rooms for people to brainstorm a plan for doing outreach to friends and neighbors and to learn more about the specific housing bills we need passed this session. Click here to take action. 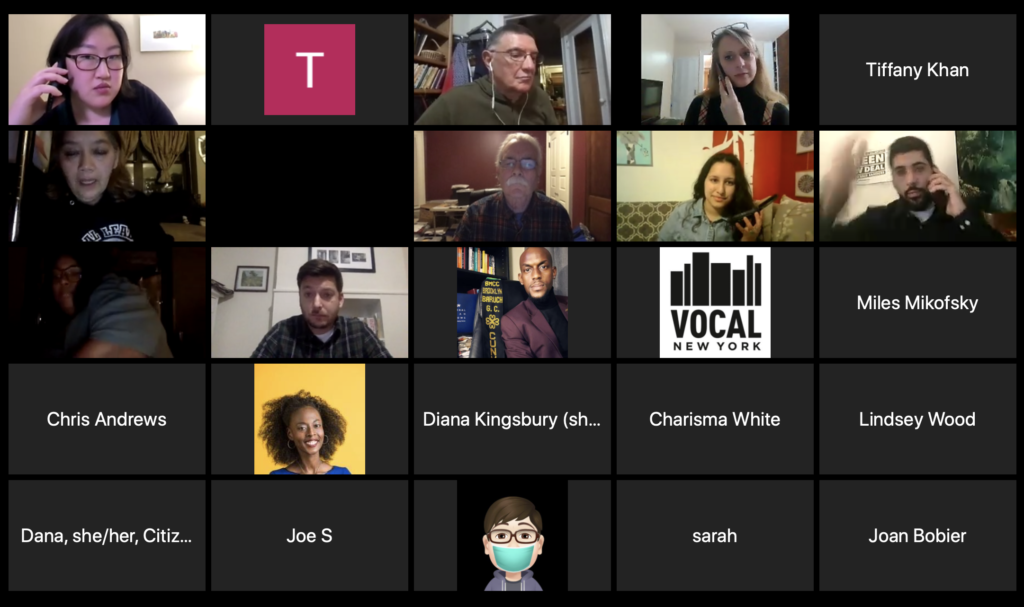 Activists in Western New York are fighting for critical funding in the next Covid-19 relief package to help residents stay warm this winter. Activists joined U.S. Senator Kirsten Gillibrand to demand more federal funding for the Low Income Home Energy Assistance Program. Millions of New Yorkers are behind on rent and utility bills. While there is a temporary hold on evictions and utility shutoffs, New Yorkers are still required to pay, whether they can or not. The additional federal funding will ensure localities can provide relief to everyone who needs it. 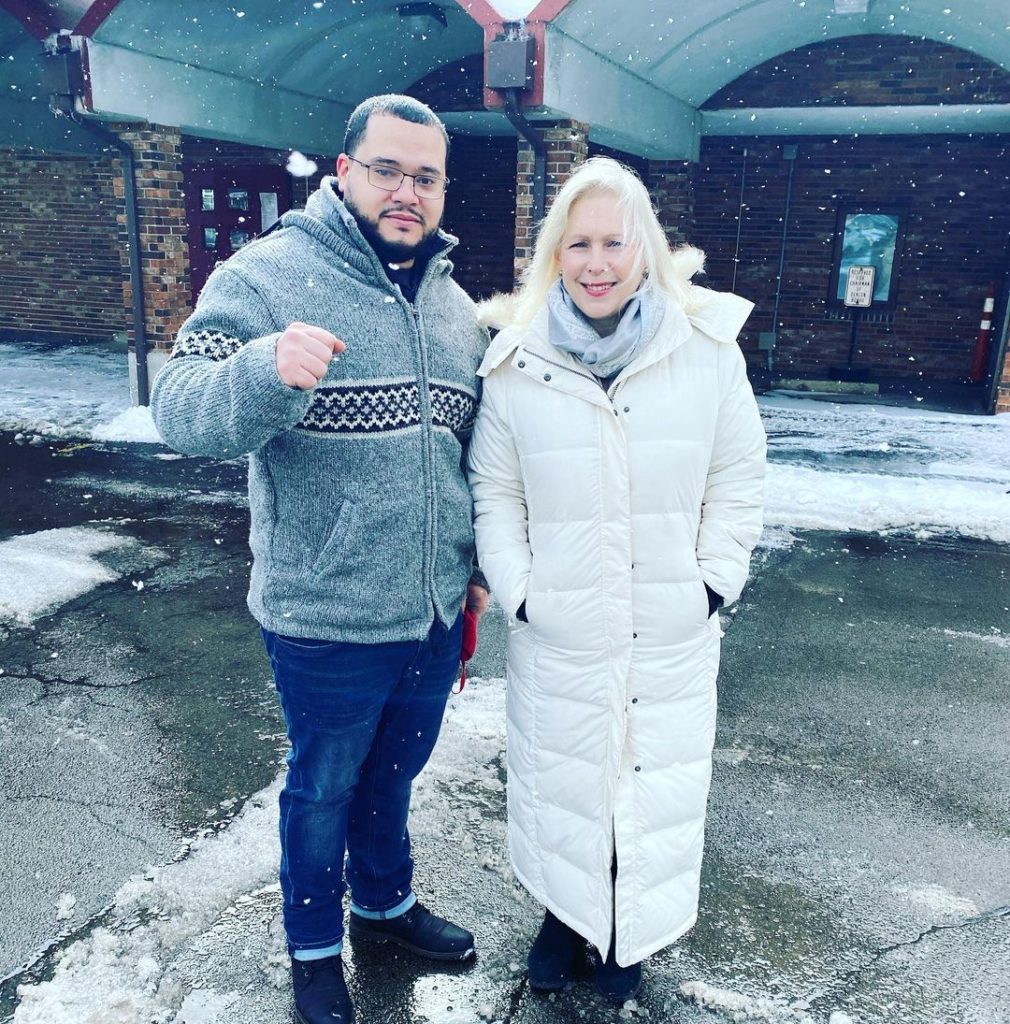 “National Grid and national fuel CEOs are making too much money, millions of dollars, while poor people are having the increase in the hikes. They’re the ones actually being impacted the most,” said Christian Para, Citizen Action community organizer in Buffalo. Click here to read in the news. Click here to get involved in our climate action work!

February’s Breaking The Cycle will only be in one part. This workshop aims to deepen people’s understanding of the motivations and drivers of the carceral system and help people to redefine safety in their own lives and communities. 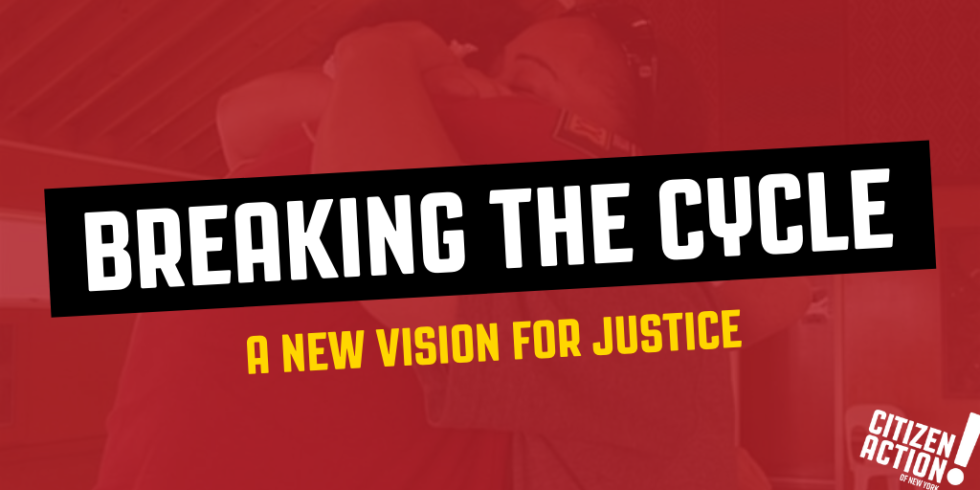 We’re part of a national network of people gearing up to stand strong for what we need from our Federal government. We New Yorkers are in a key position to move the national agenda because OUR Senator, Chuck Schumer, has replaced Mitch McConnell as the Senate Majority Leader.

A bold relief package is a necessary first step towards an equitable and transformative recovery, and we won’t stop there – we’re building a Federal Take Action Team that we will activate when there are opportunities for real change on the federal level. Join us: www.cit.ac/federalaction

“People do not change with the times, they change the times” – PK Shaw