I hope this message finds you well. We had some time off for the holiday, and this week we’re back to getting ready for this year’s state budget process. Congress has kept us waiting for much-needed relief, but now that the election is over, it looks like we may get a package by next week—although it’s not everything we need at this time. It’s a shame that people are without health care and basic necessities like food and shelter, but that is what we continue to see. In one of the richest nations in the world, we can and should do more to help everyone overcome this crisis. At Citizen Action we’re calling for a People’s Bailout, because we need solutions that meet the scale of the pandemic’s impact on already underfunded communities. We also need to build a sustainable future that includes green initiatives to help reverse the environmental impacts of racial capitalism. Covid relief must guarantee health care for all, provide adequate funding for child care, ensure all workers are protected by emergency paid leave, and include recurring cash assistance.

It’s important that we continue to advocate for our communities as lawmakers negotiate. You can take action by calling your U.S. Senator through the People’s Action portal here: ppls.ac/ReliefCantWait. Click here to access a letter and script you can use for your call.

Nurses at Albany Medical Center are being asked to brace another wave of Covid-19 without basic protections like adequate personal protective equipment. For the past two years, they’ve been fighting for fair pay, safe staffing and other workplace protections, and on Tuesday held a strike to demand a fair contract. In solidarity, Citizen Action President Ivette Alfonso released this statement. 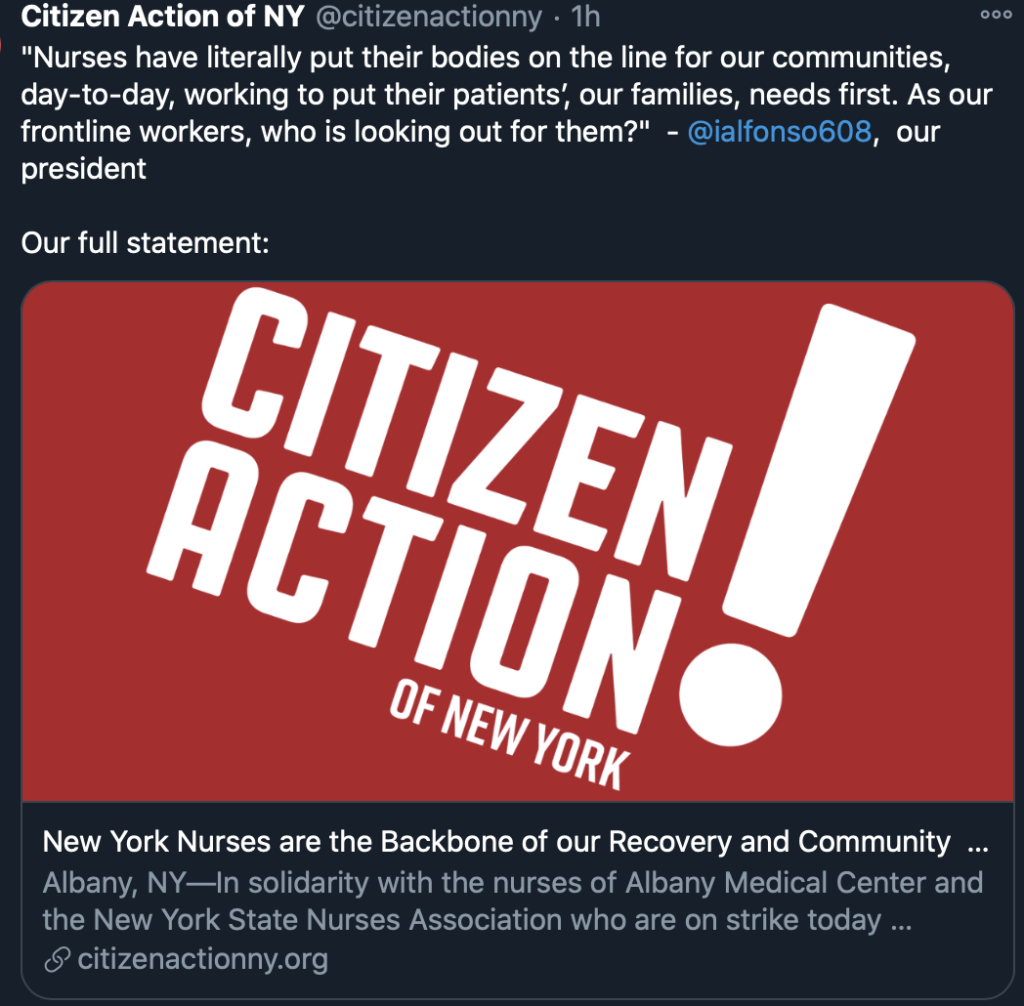 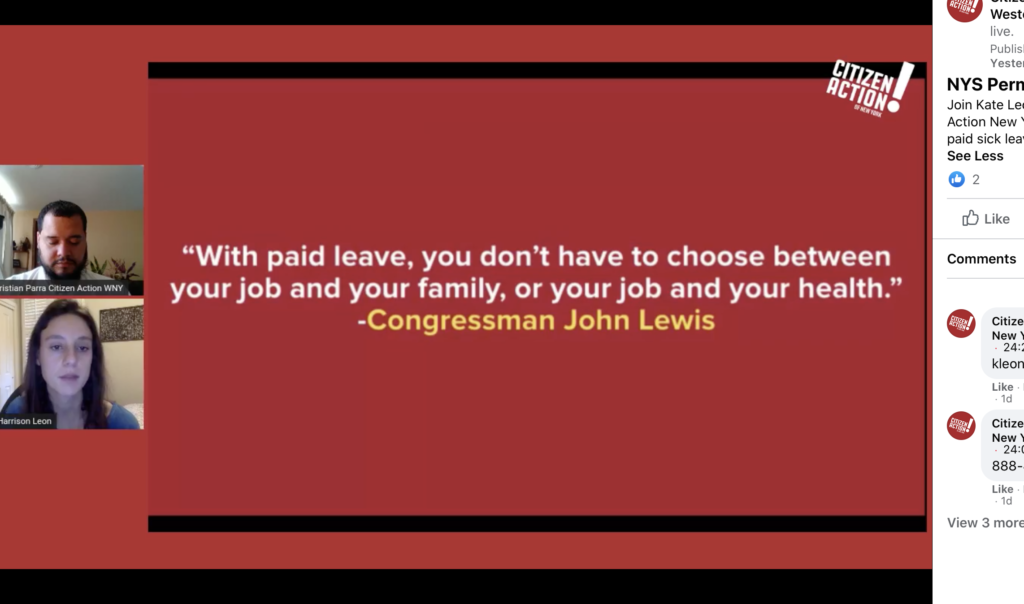 We Need Fair and Timely Parole in NY

In response to an Albany Times Union report highlighting the racial disparities in New York’s parole system, we joined our coalition partners to send a letter to state leaders to urge them to pass the Fair and Timely Parole Act. The TU report unveiled the parole board’s racist release rates—to no surprise, white people are granted parole at a far higher rate than Black and Latinx people. The current system upholds white supremacy and makes our communities less safe. Passing fair and timely parole will reunite families and release people who are being unnecessarily held in jail due to racial basis. Reducing the prison population will also help us slow the spread of Covid-19 and save lives as we work to reform this unfair system. You can view the letter here.

New York State Senate Majority Leader Andrea Stewart-Cousins announced the Conference’s supermajority in the legislature after absentee ballot votes were confirmed that week. Michelle Hinchey’s win in the Hudson Valley was one of the two contributing wins. In response, we put out a statement on what this means for our progressive agenda. Read our Co-Executive Director Rosemary Rivera’s full statement here. 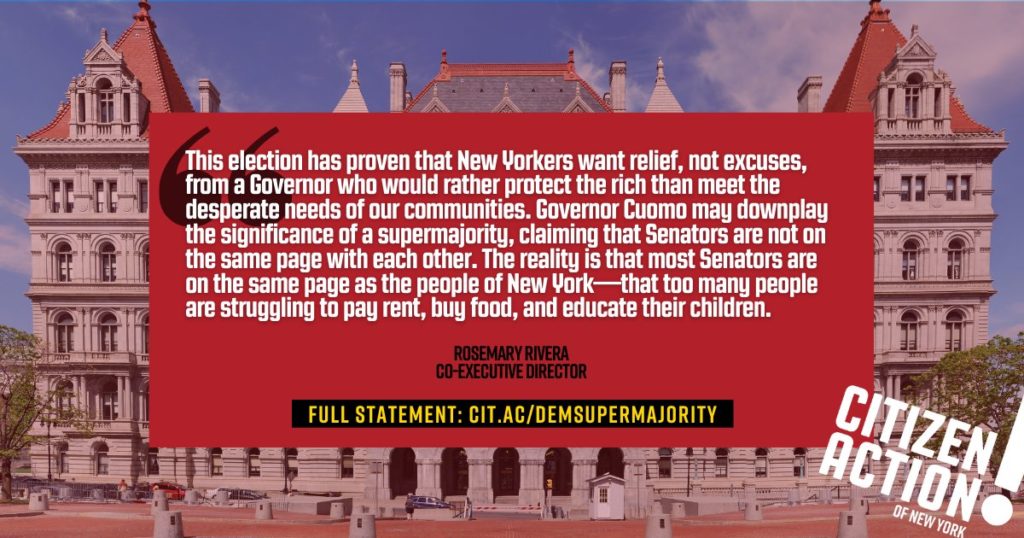 We joined housing advocates, including our coalition partners and lawmakers who sponsor bills in our housing justice package, for a press conference on Tuesday, November 24. Check out our stream of live Tweets here. The priority bill in the package at this time is the measure that would enact a full eviction moratorium in New York for the duration of the pandemic. 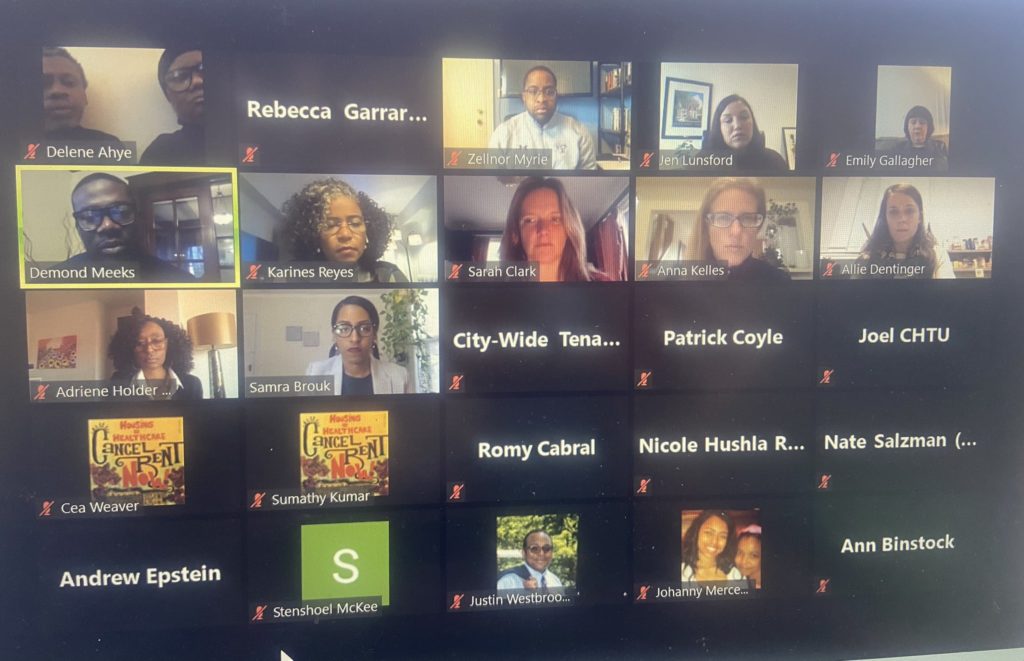 “It is inhumane to force a family out of their home, and it feeds a public health crisis. Now is the time to say no evictions and to say yes to keeping people in their homes.” – @samraforsenate#EvictionFreeNY

Say No to Climate Destruction

New Yorkers are struggling to make ends meet, yet corporations like the Mohawk Power Corporation/National Grid want to increase utility rates to raise the money they need to build fracked gas pipelines, specifically, the Albany Loop Project. Bob Cohen, Citizen Action’s policy director, filed testimony against the proposal on behalf of the organization during a hearing with the New York Public Commission. Click here to read Bob’s testimony. 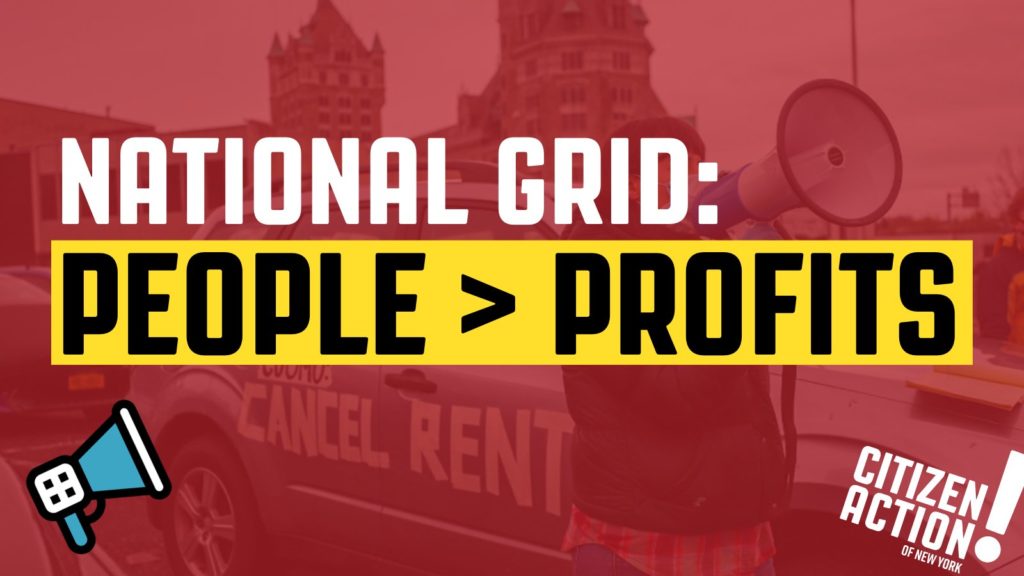 Citizen Action of New York joined the New York Poor People’s Campaign for a day of mourning caravan and rally to demand a People’s Bailout. The day of mourning brought awareness to the more than 250,000 lives lost to Covid-19, and to urge leaders at the federal and local levels of government to bring relief to communities that are suffering. In the photo below, Rebecca Garrard, Citizen Action campaigns manager for housing justice, is seen preparing for the Albany caravan with her daughter. Advocates gathered online for a virtual rally and gathered in Albany for the caravan, calling for taxes on the rich, relief for excluded workers, healthcare for all and housing relief. 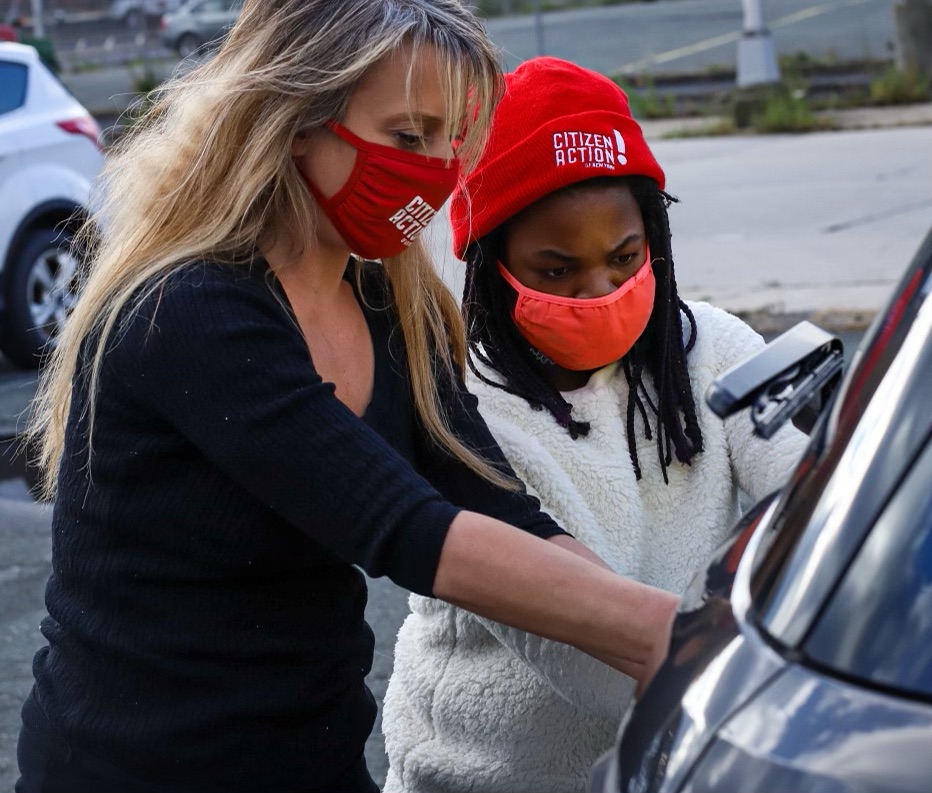 No one should be forced to go to work sick. Join Kate Harrsion Leon of the Worker Rights Outreach Project for a workshop on your rights to Paid Leave. Learn about the different programs that provide New Yorkers with paid time off, and determine what you might be eligible for. Register here:bit.ly/nypaidsick

New York City is facing an alarming increase in mental health crises. The next Mayor must recognize these challenges, and work with communities disproportionately affected by mental health concerns to develop concrete, actionable plans to repair our broken public health system and provide comprehensive, culturally competent, recovery-oriented mental health services. At this Town Hall, we’ll learn about the candidate’s solution on issues such as housing, policing, employment and education. Click here to register and learn more about this event.

Join Citizen Action’s political ed team for the monthly political education meeting. This meeting will focus on the committee’s plans for our priority campaigns heading into the legislative session, and how members plan to share the information to build the people power we need to win. Click hereto register.

PLOT: Progressive Leaders Of Tomorrow and Truth Pharm. For details contact citizenactionst@gmail.com or call (607) 723-0110. The Toy Giveaway distribution will occur Sunday, December 20 at the United Presbyterian Church in Binghamton. Recipients will be contacted with a pickup time. Visit www.BingToyDrive.com for more information.