Many of us will be gathering together with family and friends in the coming weeks to celebrate the start of the holiday season. After nearly two years of the continuing Covid pandemic, uncertainty, and isolation, I know I’m excited for green bean casserole and a safer opportunity to raise a toast with loved ones.

The holidays mean different things to everyone, but every year, I try to center gratitude — what I’m grateful for. Today, we have something extraordinary to be grateful for: Friday morning’s passage of Build Back Better in the House. These landmark investments in our communities, including affordable childcare, climate action, healthcare extensions, lower prescription prices, and paid leave, will change people’s lives for the better, and help strengthen communities across the country and right here at home in New York.

We have seen how childcare plays a critical role in our communities. Without adequate and accessible child care options, we all suffer. 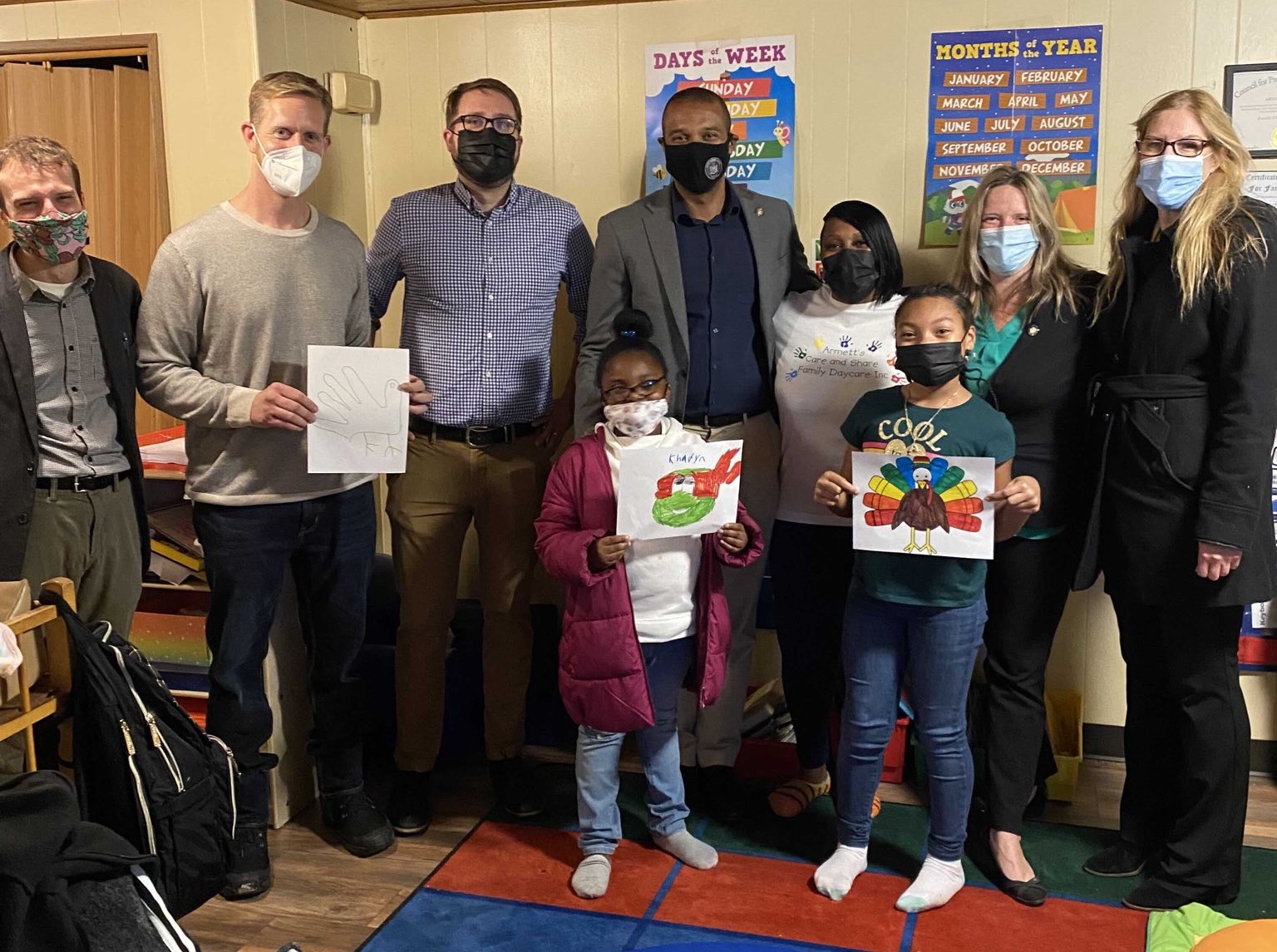 As the tour wraps up in the coming weeks, Sen. Brisport and other local elected officials will hear directly from communities in-person, through Zoom forums the evening of each visit, and through ongoing, open, online surveys, available for parents and providers in both English (parents | providers) and Spanish (parents | providers.) Join us for the next Zoom forum by registering here!

With the end of the year approaching, Governor Hochul and the New York State Legislature will begin drafting their plans for the 2022 state budget. Community members, elected officials, and members of Citizen Action gathered last Saturday, November 13 at the Capitol and marched on the Governor’s mansion to send a message: New York State’s leaders must prioritize climate justice now. 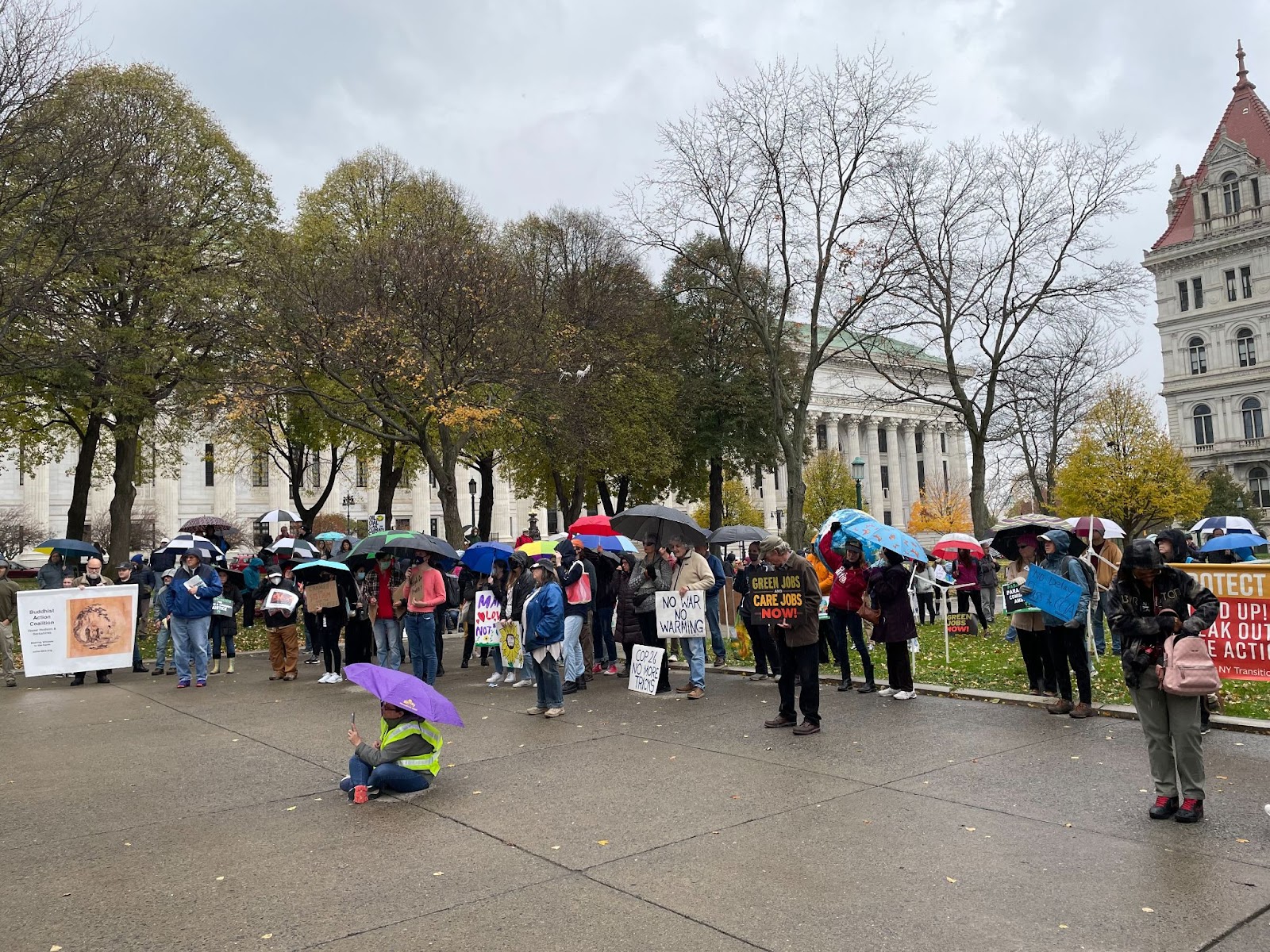 The rally and march was one of several actions occurring across the state in partnership with NY Renews, a coalition of groups calling to pass the Climate and Community Investment Act (CCIA,) a climate justice bill that taxes corporations for polluting our communities, creates good-paying green jobs, and invests in communities that are impacted first and worst by climate change.

New York elected officials joined progressive groups, including Citizen Action, to host a press conference in City Hall Park on Thursday, November 18. Together, they called on President Biden and Senator Schumer to use every ounce of power they have to protect and expand our democracy by delivering the Freedom to Vote Act now, before it’s too late.

The future of our country is on the line. From the Big Lie to January 6th, anti-democratic politicians are stoking anger and violence and undermining American democracy. They’re using the Big Lie to justify voter suppression laws, rigged political districts, and election subversion efforts that undermine our democracy and undercut the rights of Black and brown people, immigrants, and marginalized communities. 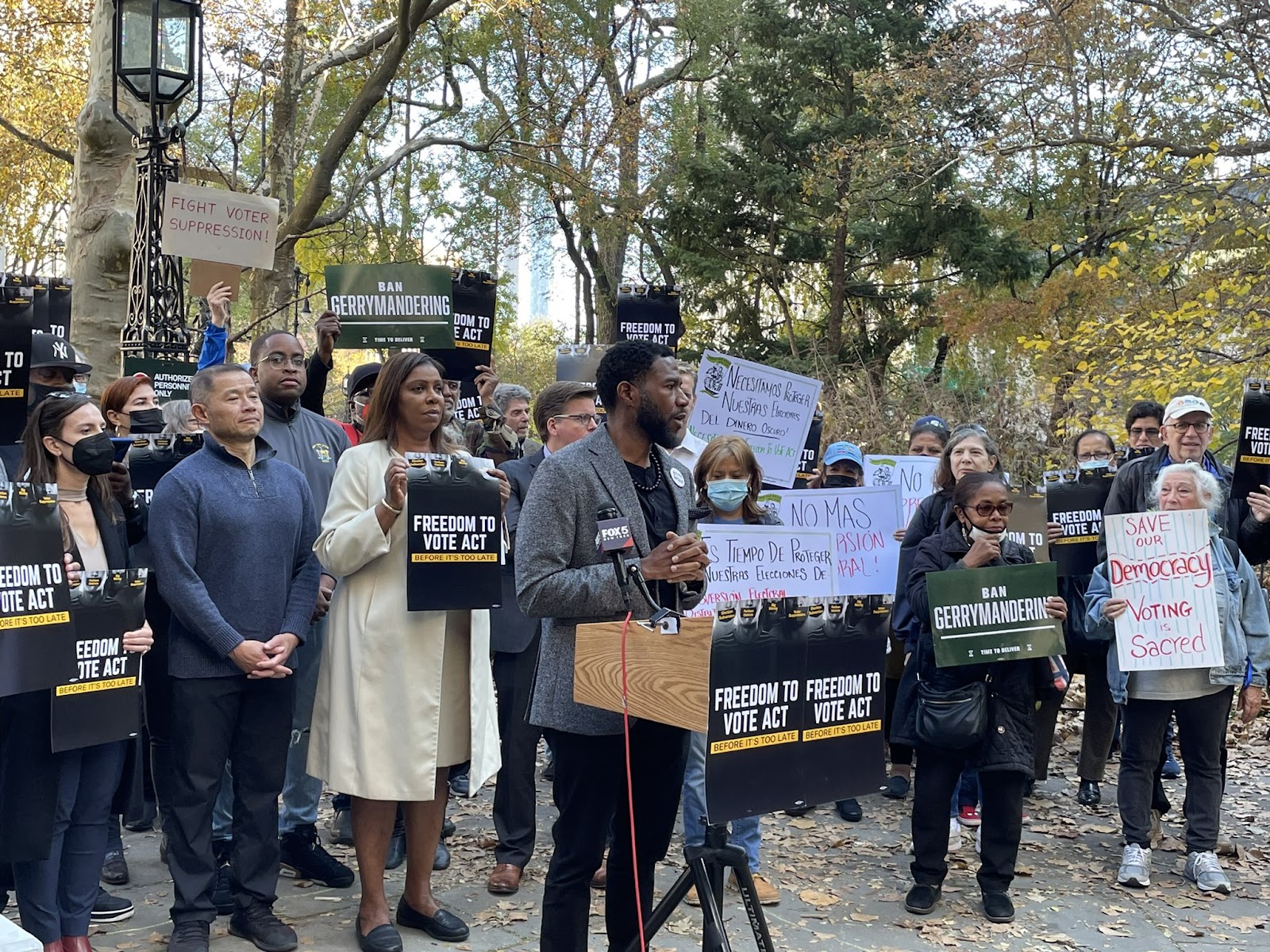 The Freedom To Vote Act directly addresses these threats by expanding the right to vote, banning partisan gerrymandering, and protecting the vote-counting process. It would also reduce the democracy-corroding influence of big money in politics. But, to ensure the law takes effect in 2022, it must pass by late November/early December 2021.

At the Rochester action, Citizen Action community organizer Jalil Muntaqim gave an impassioned speech on how “slavery in the US has never been abolished.” 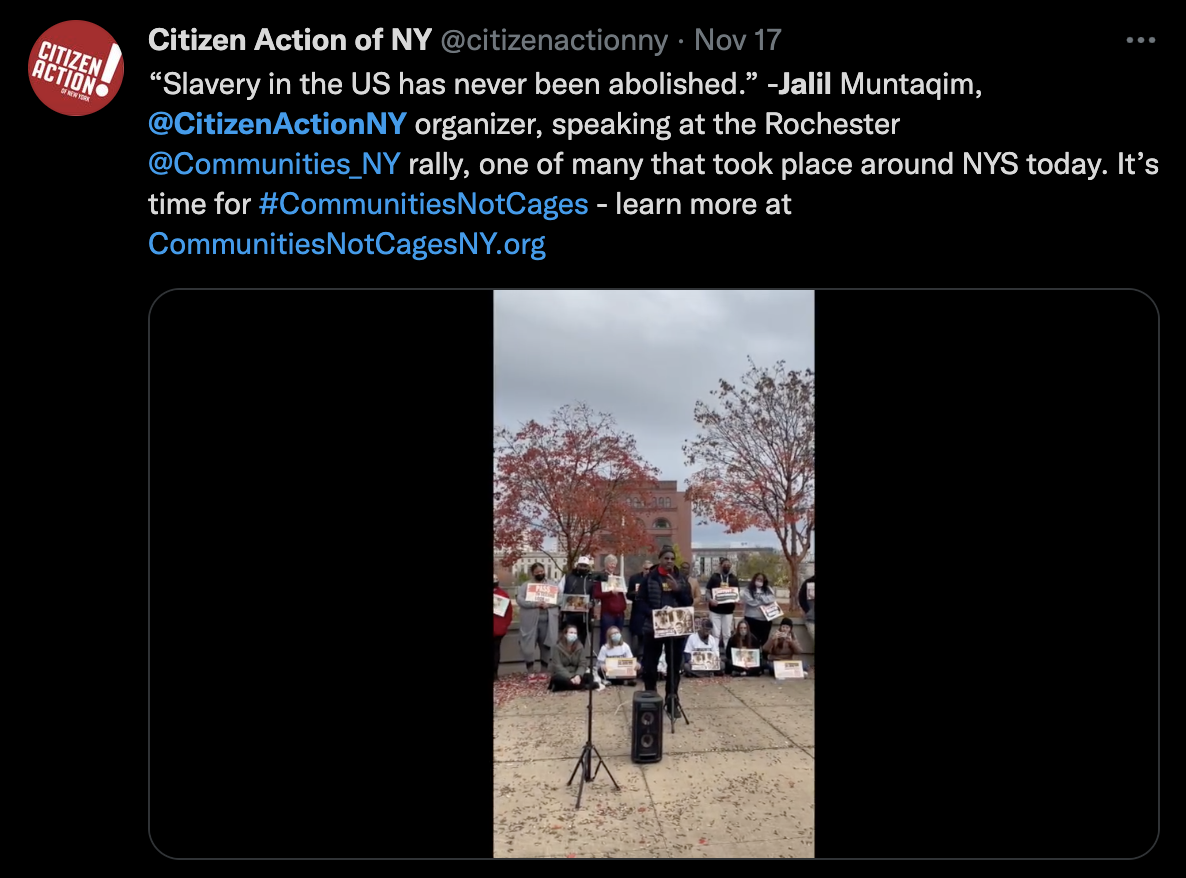 New York’s sentencing laws are fundamentally racist and harmful — and a relic of the past. In the 1970s, New York passed the Rockefeller Drug Laws. These laws created harsh prison sentences for drug crimes, but they also introduced mandatory minimums and dramatically increased prison sentences – a sentencing regime that persists today.

Now is the time for change — time to decarcerate state prisons, reduce the power of prosecutors to coerce pleas and dictate sentences, and address the harms of the carceral sentencing laws passed in the 1970s and 1990s that have metastasized into our current crisis of mass incarceration.