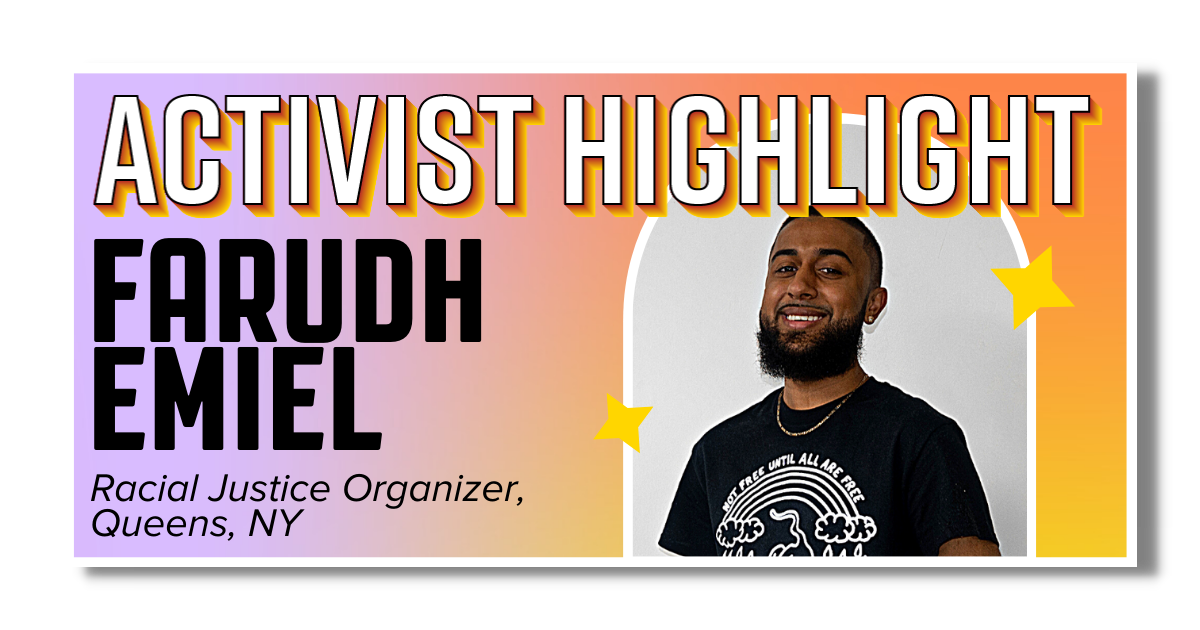 Summer is in full swing here in New York and we’re drinking water and talking to our friends and neighbors about justice. Maybe we’ve knocked on your door or given you a call to chat about housing, education, child care, or climate justice. Or maybe you followed us on social media and have taken action on one of our digital campaigns. Maybe you’ve even come to one of our in-person events or chapter meetings and met your fellow activists!

However you’ve taken action, we appreciate you. We have power when we come together and stand against the forces that would seek to divide and subjugate us. It’s a heavy time, with the January 6 hearings showing just how close we were to a violent takeover of the executive branch and a Supreme Court hell-bent on stripping fundamental human rights from everyone who isn’t a straight, cisgender, white, Christian man.

But we aren’t going to sit back and quietly let this happen. Already, we are building our response to the growing threat of fascism through our work on democracy and fair elections; our regional chapters are mobilizing on the ground to fight on the critical issues facing their communities like housing access, a clean climate, education justice, and ending mass incarceration; and we’re building a strong base of grassroots power across the state to be ready for the midterm elections in November and the 2023 NYS Legislative Session.

Keep reading to see what we’re up to around the state, plus our new feature of this newsletter: the Activist Highlight. 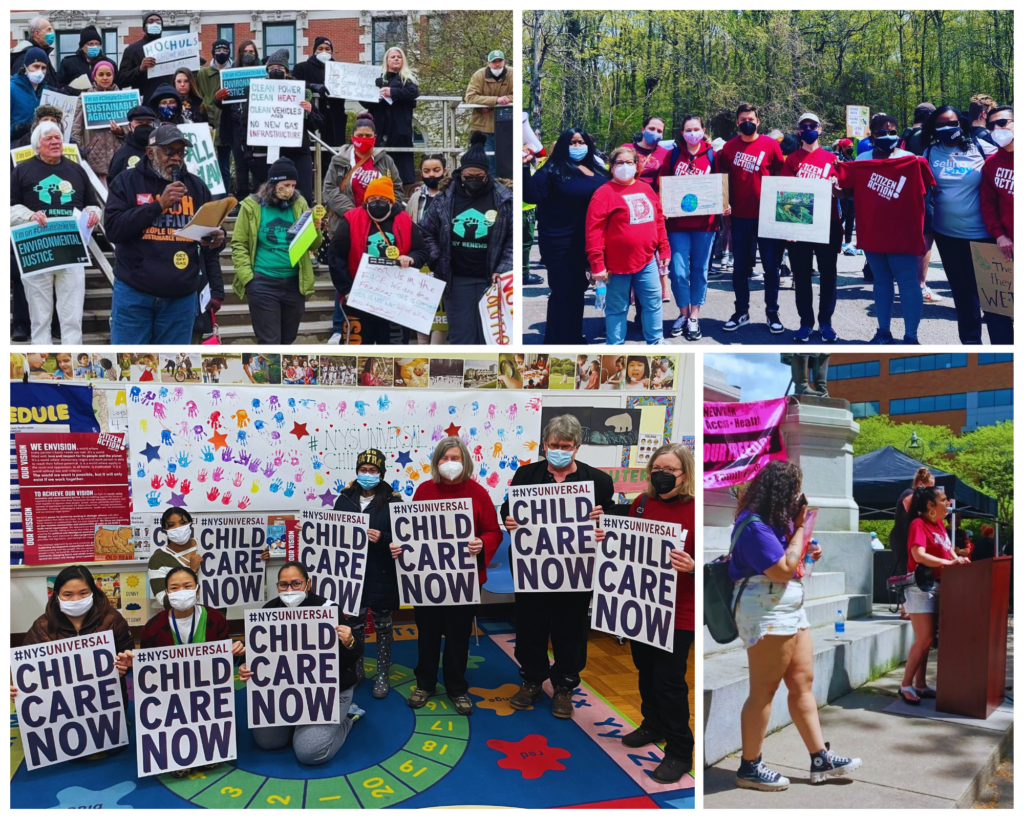 In the Hudson Valley, we are basking in the afterglow of Sarahana Shrestha’s incredible victory inthe Assembly Primary. People power made this victory possible – we knocked on hundreds of doors, made phone calls and sent texts, and poured the kind of passion and energy into this race that will continue to propel people-centered candidates like Sarahana to victory in November.

In New York City, we continue to grow our grassroots power in Staten Island and Harlem, canvassing our neighbors in those boroughs and having conversations about the issues that matter most to them like housing, education, and racial justice.

At the other end of the state, our Western New York Chapter joined over 400 people on July 4 to reject the idea of Independence Day in the face of the recent Supreme Court decision to strip reproductive rights from people who can get pregnant.

Our Capital District has started a Families and Children Committee to work on our education and child care justice campaigns. We have also begun growing our base in Schenectady, moving beyond Albany and into more communities looking to tap into progressive politics and activism. 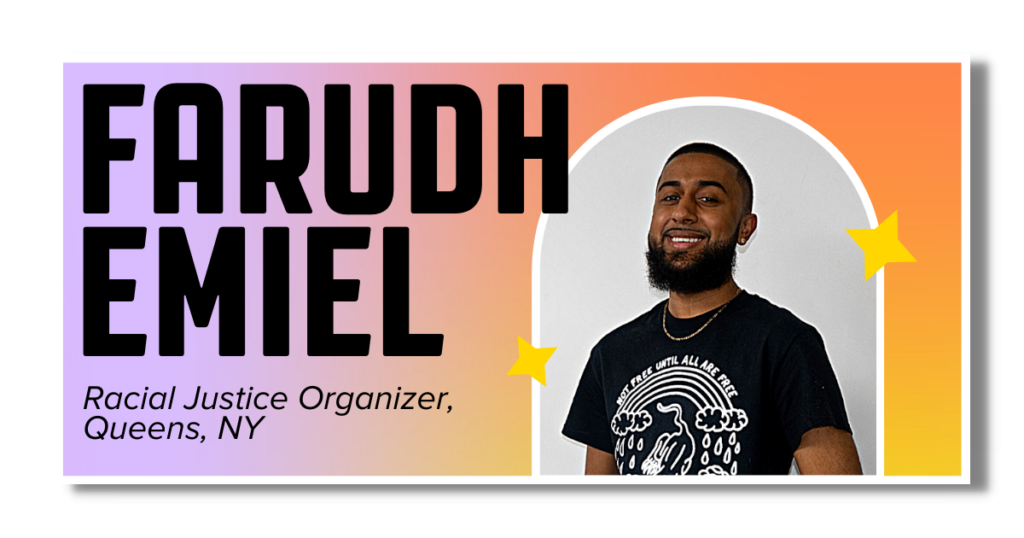 “Will you fight for yourself today?

“Will you fight for yourself today? Your community? Are you waiting for the right time? There will never be a right time to stand up and fight for what you believe in, so fight now even if you are the only voice amongst the masses screaming. Power is not what the system has deemed to be. It is not the politicians, corporate giants, or great godly billionaire moguls of this capitalistic empire; it’s you, your neighbor, the person “good” society seeks to ostracize.

This empire was built from the blood of oppression to the backs of the silenced, and history tells us that all great empires have and will fall- including this one. I believe behind the dusk of the revolution is something beautiful beaming on the horizon- a kind society; valued on love and empathy.

In the words of Assata Shakur “Revolution is about change, and the first place the change begins is in yourself”, so seek to dismantle the silence in yourself, a silence that serves no one but the oppressor; for the most dangerous person in America is one that speaks without a muzzle.

So again I ask, will you fight for yourself today? Your community? Are you waiting for permission?”

Farudh is a racial justice organizer with Southside Action Pact and Juneteenth in Queens that focuses on mutual-aid organizing to empower Black and brown communities in Southeast Queens.

Do you know someone whose activism should be highlighted? Nominate them!

Join us to talk to your neighbors and grow the movement for justice in your community.

Our dues-paying members provide the grassroots support we need to transform New York into a truly equitable state. Join us to move our progressive agenda forward and fight back against corporate donors and the ultra-wealthy.

You can also follow us on Twitter, Facebook, or Instagram to stay current with how we’re building a New York State that truly works for everyone – and how you can get involved in the fight for justice.