You may have heard by now that Biden has won the presidency! The will of the people has prevailed, and although we have a winner, the work is far from over. Citizen Action chapters are out celebrating the win and rallying to protect the results from Buffalo to New York City. 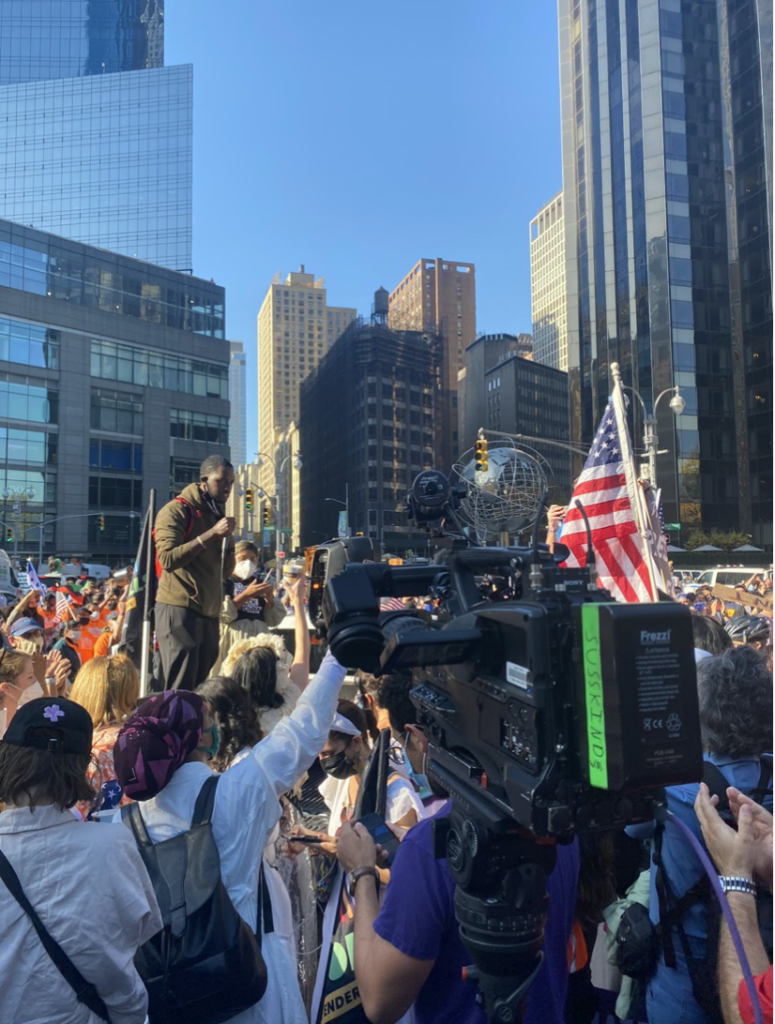 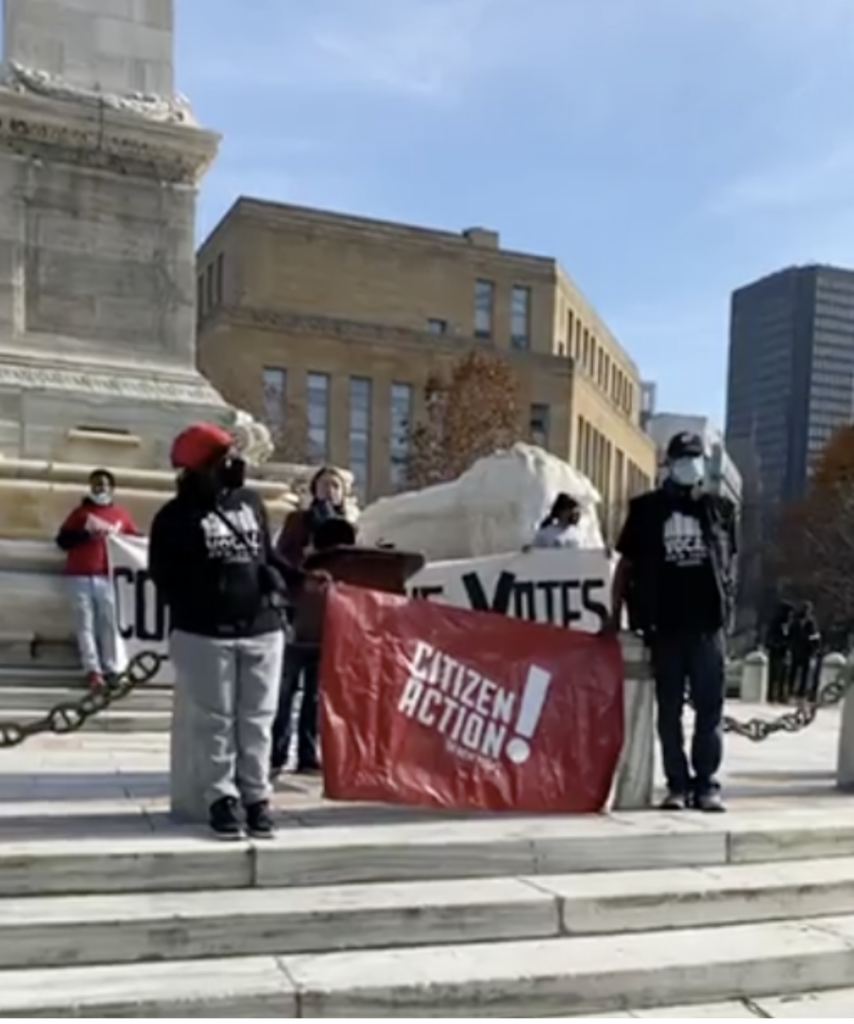 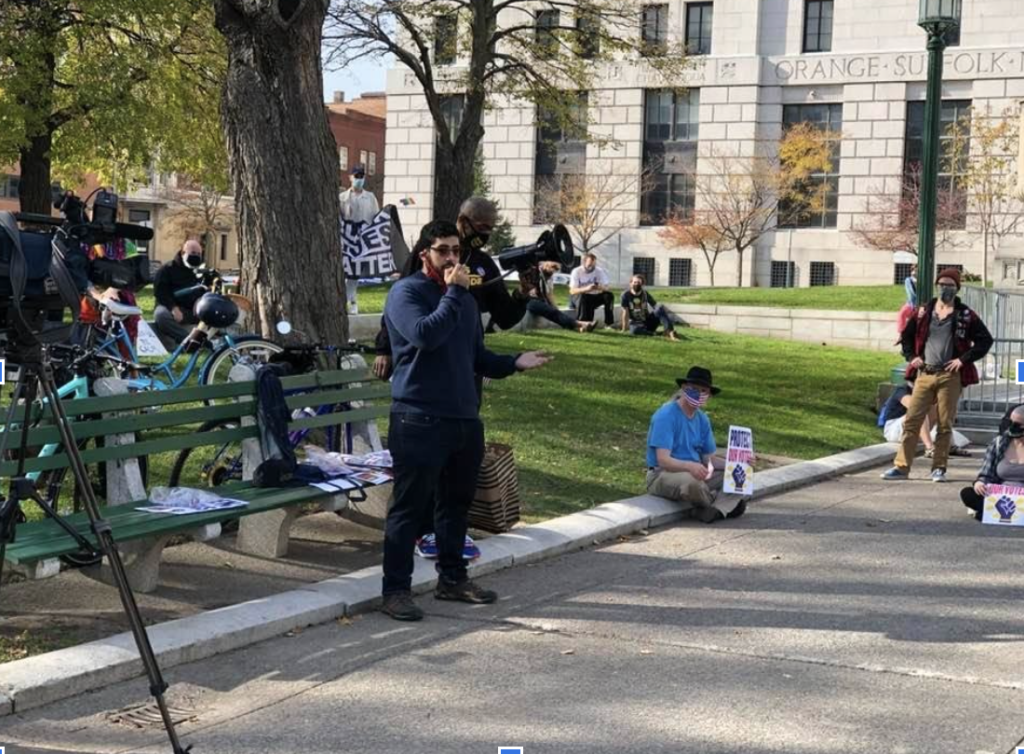 On the night of the election, we celebrated democracy and hoped for progressive wins across New York. Our Central New York chapter released a statement in response to the count, which can be found here. You can read a statement from our Rochester chapter celebrating local races here. 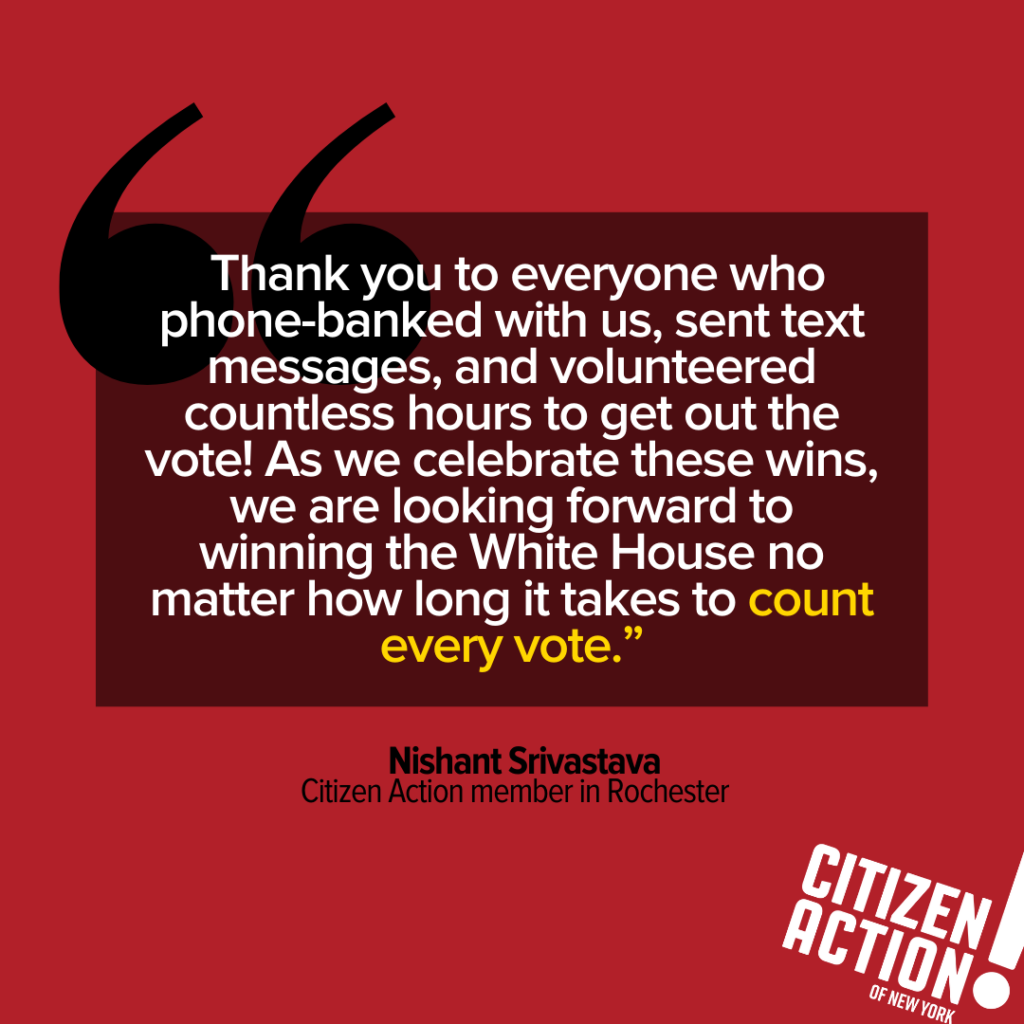 Hopefully, you’ve been able to take time for self-care during this crazy election. If you’re like me, you’ve been trying to find a healthy balance between following the results and managing your anxiety. Many of us found solace in the community, from Zoom parties to street rallies. Folks tuned in to this election like never before, and the strength of New York’s progressive movement was on full display. It’s been a rough year, especially for Black and Brown people, and there are so many issues to tackle. We saved the Working Families Party’s ballot access and elected progressive candidates who will fight for racial justice, housing a human right, fully funded schools and health care for all.

Thanks to the organizers who hit the streets, volunteers who phone-banked, held virtual and in-person actions, got folks registered and stressed the importance of voting, the WFP exceeded the threshold of votes needed to maintain automatic ballot access! Progressive voters turned out in a major way, casting more than 280,000 votes for the Biden/Harris ticket on the party’s line. Click here to read more about this historic feat and what it means for progressive politics in New York. This outcome is the result of years of grassroots organizing  Click here to read our Political Director Stanley Fritz’s statement on the results and the ongoing count.

As expected, we didn’t know who won the presidential race on election night, but several progressive champions in New York were able to claim victories. Samra Brouk had a breakout win in Senate District 55 in Rochester, flipping the district blue and becoming the first WOC to represent upstate New York in the State Senate. Khaleel Anderson also made history with his win in Assembly District 31 in Queens, becoming one of the youngest people elected to state office at 24. Khaleel is also the youngest Black state lawmaker in New York history. The state legislature will have new progressive energy, which will be necessary as the fight for a just recovery continues. 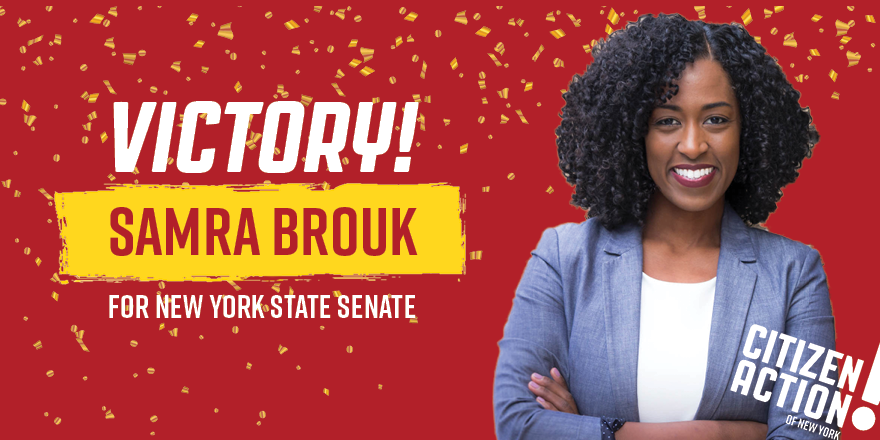 We joined the hosts of Be Heard Talk podcast, Stanley Fritz (who is also our political director), and award-winning journalist Selena Hill, for live election night coverage and conversation! The hosts kept us informed and at ease with their political analysis in between election updates. Stanley and Selena interviewed Sharon Cromwell, New York Working Families Party deputy director, who spoke about the WFP’s vision and the new threshold requirement. Citizen Action co-executive directors Rosemary Rivera and Jess Wisneski also joined the live to give their input on the election results. The coverage streamed live on Twitter, Youtube and Facebook. Missed the live? Watch it here. 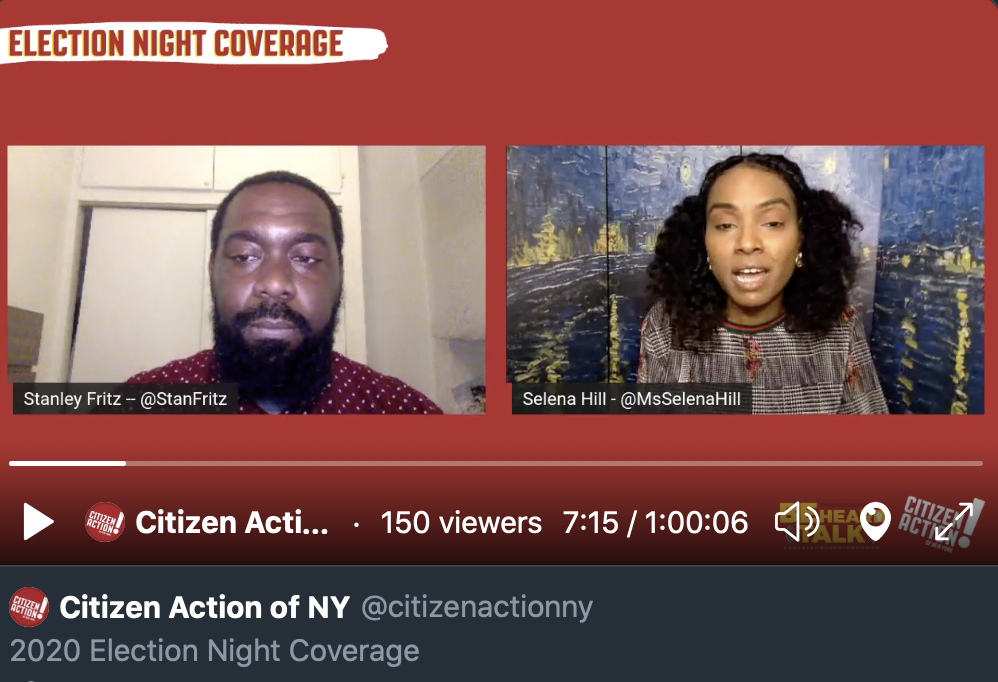 On Monday, November 2, tenants and housing justice advocates rallied at Marshals offices in New York City and Troy to protest evictions. As of October 12, housing courts are moving forward with eviction cases. As we brace for another wave of Covid-19, we must cancel rent and pass a universal eviction moratorium that supports tenants. Tens of thousands of renters are still waiting on relief and rent is due for the eighth month of the pandemic. Police should not be showing up to anyone’s home to evict them, especially during this public health crisis. Activists rallied at Marshals offices because once a judge approves an eviction, city Marshals are usually sent to execute them. Marshals are a form of “police,” and eviction is violence. The Governor’s senior advisor downplayed the eviction crisis, calling the protests “performance art.” Click here to read more about this in the news. 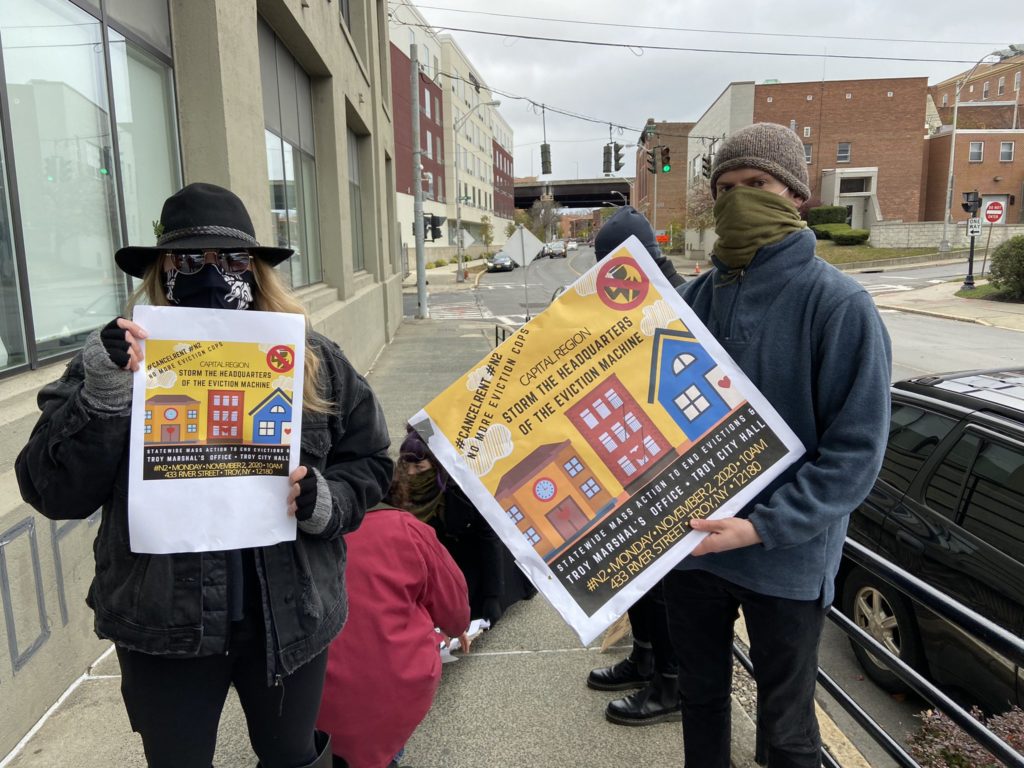 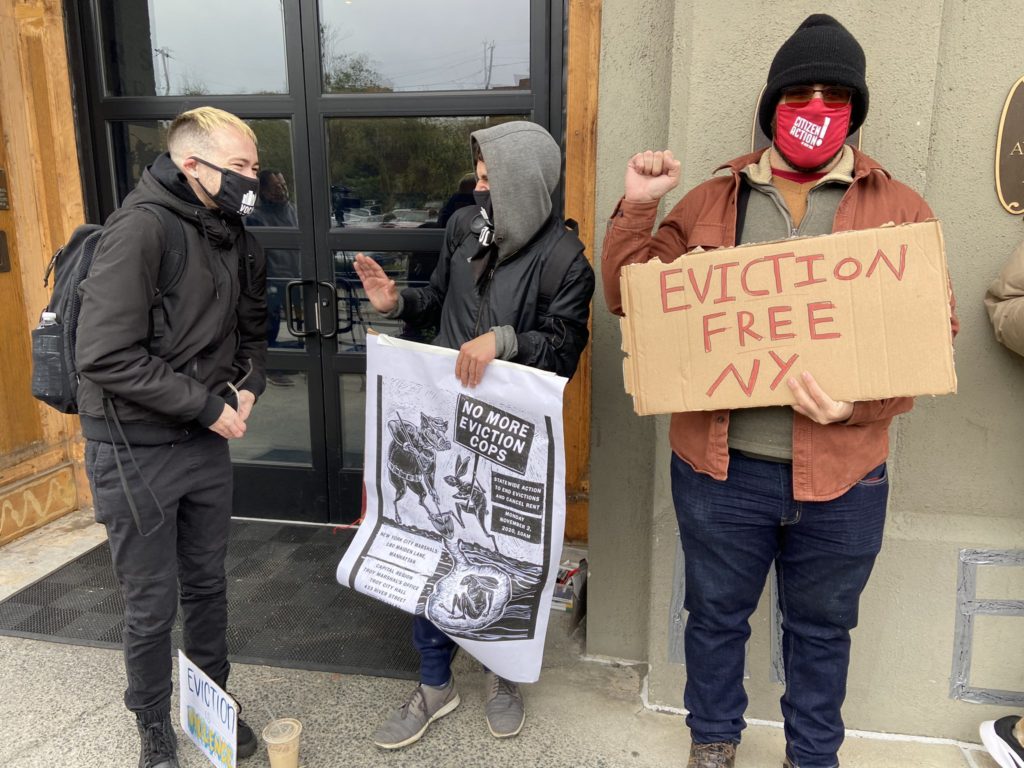 On Wednesday, November 4, activists with our Hudson Valley chapter participated in joint actions to celebrate democracy and continue the bi-weekly Walk for Black Lives. 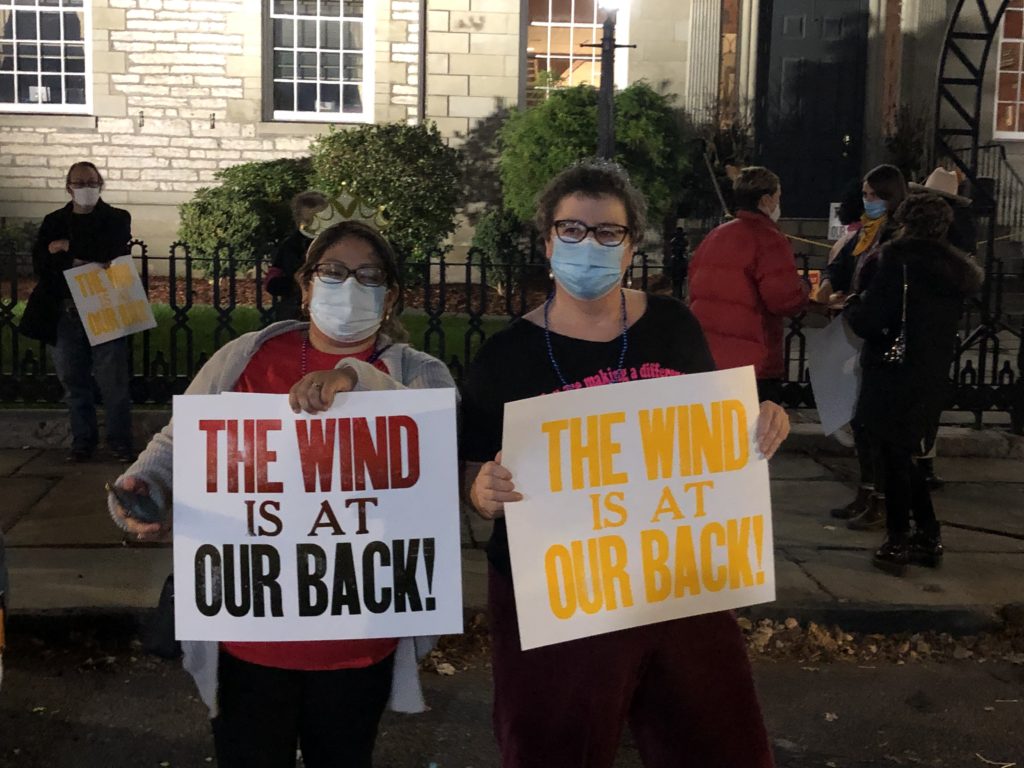 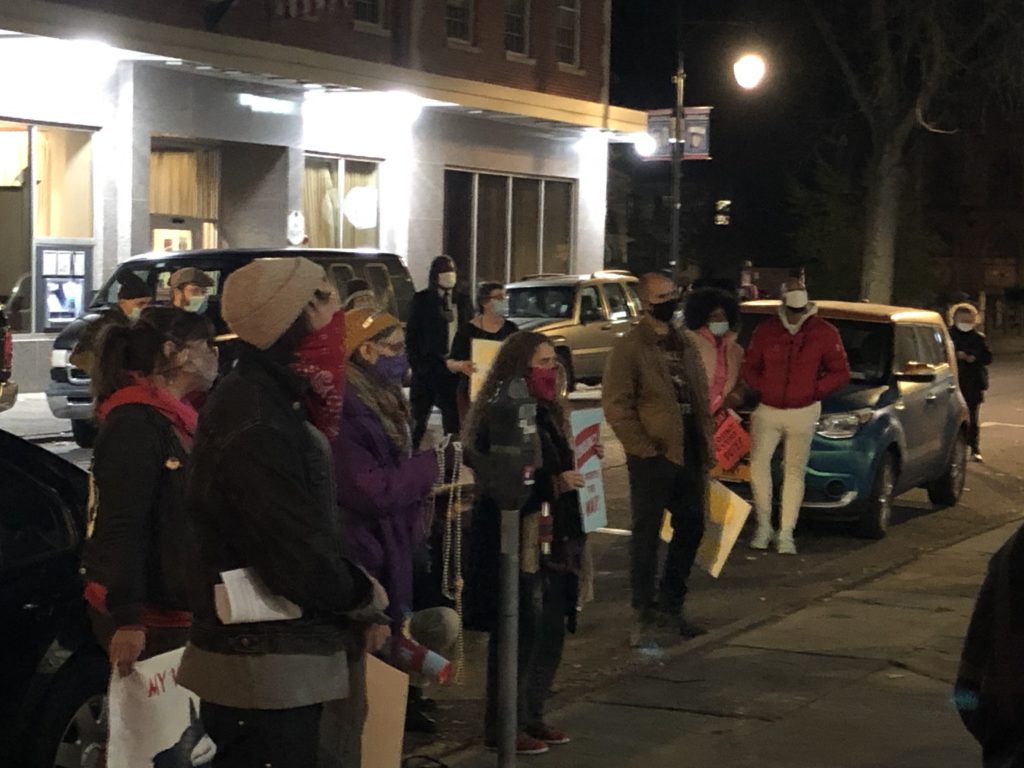 In the Southern Tier, activists rallied at the Federal building in downtown Binghamton to show bipartisan support for a fair, democractic election where every eligible vote is counted. Click here to read more about this in the news.

In the fight for workers’ rights and protections during the pandemic, testimonies from workers themselves have the strongest impact. Does your workplace feel safe? Do you have access to paid time off to handle Covid-19 related leave needs? Tell us your story at cit.ac/workerstories. The stories collected in this project will be amplified in the fight for paid leave for all and to push for laws to make workplaces safer. 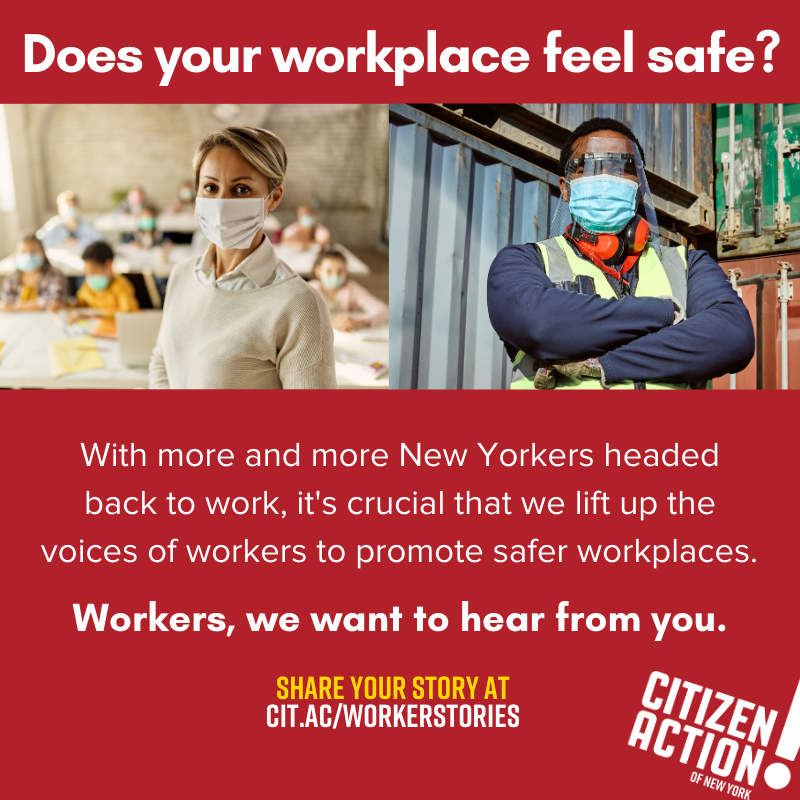 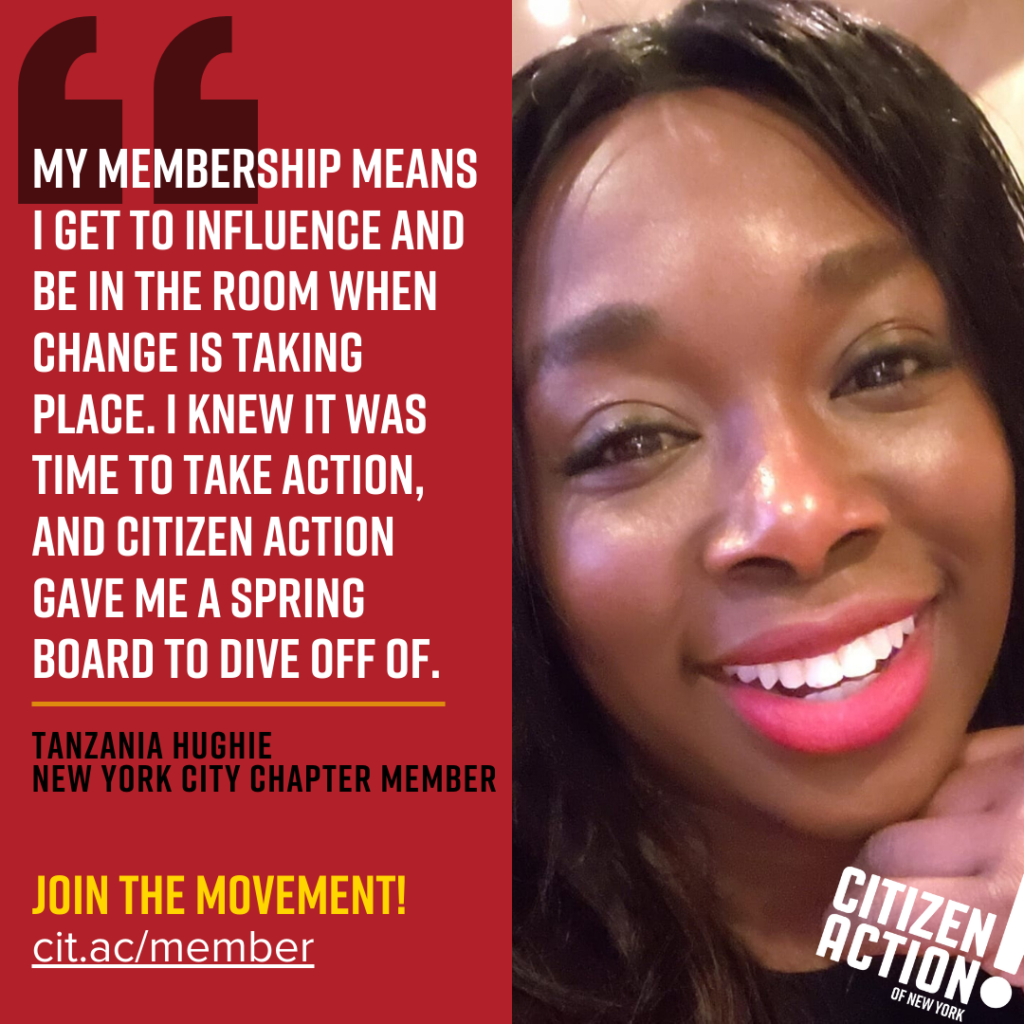 “We can disagree and love each other unless your disagreement is rooted in my oppression and denial of my humanity and right to exist.” – James Baldwin