I hope this message finds you well. Here at Citizen Action, we’re getting ready for the 2021 Legislative Session and kicking off our major campaign to tax the rich! Our priorities—fully funding public schools, housing and health care as a human right, ending mass incarceration and racist policing—haven’t changed, but are more urgent during our Covid-19 recovery process. Our agenda is informed and empowered by everyday people. Many of us who do this work have been and continue to be impacted by these issues. With our state facing an unprecedented budget crisis, we’ll need to raise revenue to fund essential services. Our campaign is rooted in justice. We know that for far too long our economy has favored the rich and provides few opportunities for the rest of us to keep up.

Join Citizen Action and the Alliance for Quality Education on Monday, December 21 at 6:30 p.m. for the launch of our campaign to make billionaires pay: “The Rich Better Have our Money!” This event will be moderated by Jodi Risper, Citizen Action movement politics director and presented by Rosemary Rivera, our co-executive director, and AQE staff. They’ll lay out our plan to raise taxes on billionaires to get the money that’s owed us! Click here to register: https://cit.ac/OurMoney.

America Needs an AG who is Committed to Racial Justice

As President-elect Joe Biden selects members to serve in his cabinet, our movement politics director Jodi Risper penned an op-ed about the importance of choosing an Attorney General who is committed to racial justice. Jodi wrote about being directly impacted by the “tough on crime” policies once supported by Biden and Harris—policies that primarily targeted Black and brown people. Here is an excerpt from Jodi’s op-ed: “Instead of supporting young Black boys like my dad and investing in their communities, President-Elect Biden (my dad’s Senator at the time) and other Democrats pushed a ‘tough on crime’ justice system that viewed children as dangerous and needing to be ‘taken off the street’.” Click here to read her powerful words on our Medium page.

Allowing evictions to proceed during the pandemic has resulted in tens of thousands of deaths and hundreds of thousands of preventable Covid-19 cases. Housing insecurity during this deadly pandemic has contributed to our nation’s record death toll, yet New York State leaders have allowed them to continue. New York’s eviction moratorium expired on October 1, and now state leaders have an opportunity to pass a TRUE eviction moratorium in New York.

So far, we know that the State Senate is pushing for a moratorium that stops evictions indefinitely, which is in line with our coalition bill, but Assembly Speaker Carl Heastie seems to be siding with the Governor, and wants to codify the failed Tenant Safe Harbor Act. The problem with this approach is that it places the burden of proof on tenants to prove financial hardship. This week, we launched a letter campaign calling on Speaker Heastie to support enacting a universal moratorium in New York that keeps tenants out of housing court and prevents any evictions for the duration of the pandemic.  Click here for more information and to take action. 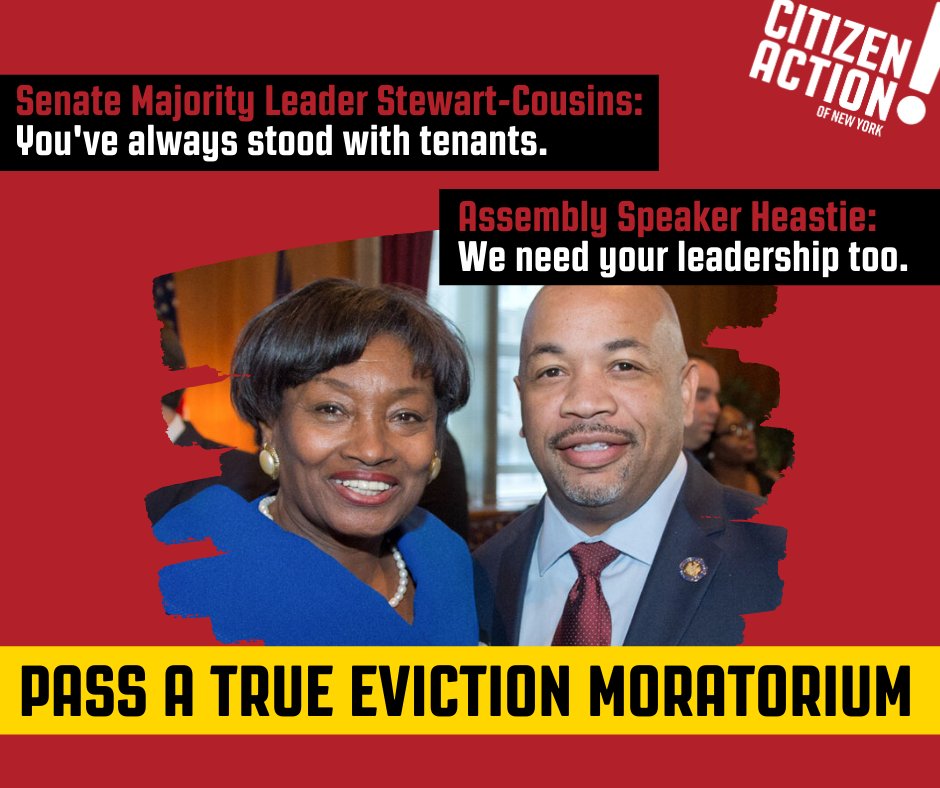 On Sunday, December 13, members of the Citizen Action Capital Region chapter’s Climate and Housing Committee rallied and dropped a banner at the Capitol to promote the Climate and Community Investment Act (CCIA). The CCIA bill would raise $15 billion a year from corporate polluters and invest in impacted and frontline communities, create good-paying green jobs, and build a renewable economy in New York State. You can learn more about the bill from our coalition partner, NY Renews, here. 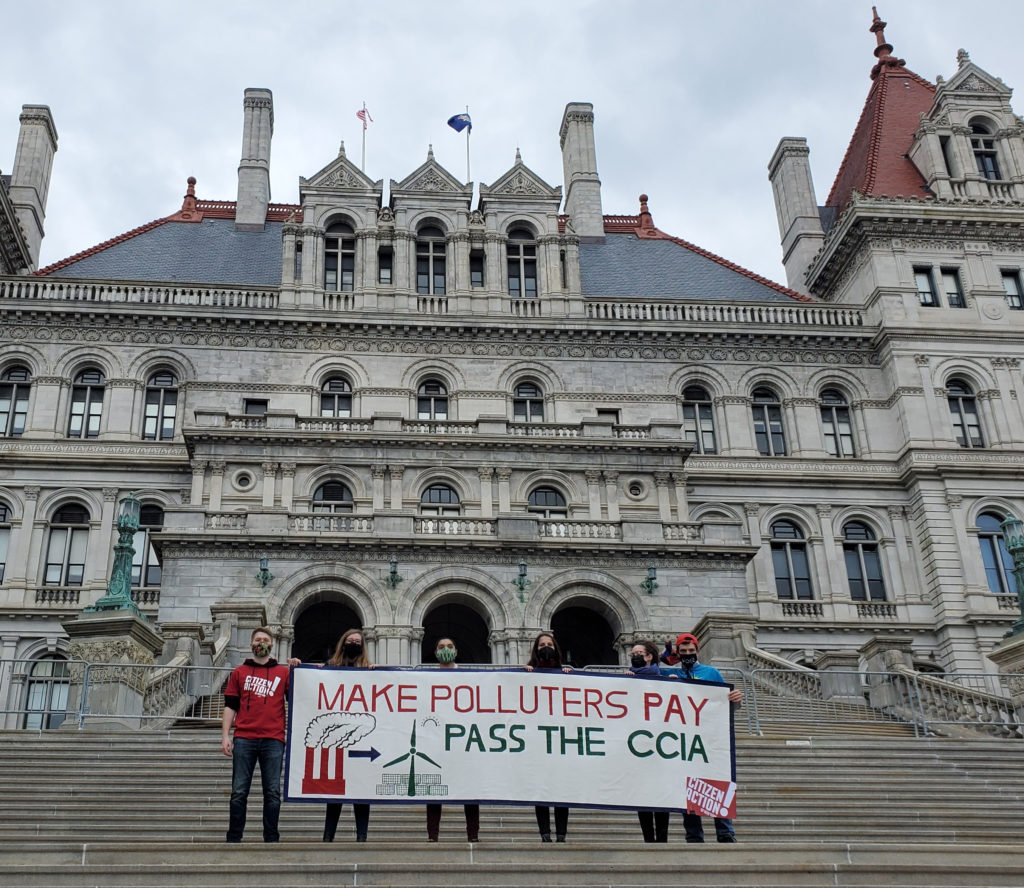 “Rich Better Have our Money!”

New York is home to more millionaires and billionaires than anywhere else in the world! Join Citizen Action and the Alliance for Education for a virtual event where we’ll be outlining our plan to tax the rich to fund for our communities. Click here to register.

This workshop discusses narrative building and dissects the dominant narrative that reinforces individualism, free markets and an anti-government worldview, all while using racism and sexism to maintain a hierarchy. We move into discussing what a transformative narrative is before we practice building our narrative. Register Here: https://cit.ac/ttw1

Citizen Action chapters are prepping for the New Year and the work ahead to win justice for our communities!  Click here to register for the Hudson Valley chapter meeting! The meeting will focus on the chapter’s 2020 electoral wins, organizational outlook for 2021, and the needs of the community heading into this next legislative session. What changes would you like to see? More details on the flyer below.

“Remember, you have the strength, the patience, and the passion to reach for the stars to change the world.” – Harriet Tubman